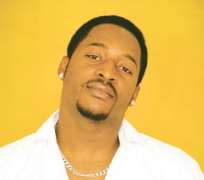 The year 2008 which is gradually drawing to an end has been an eventful one in the entertainment industry. Big players in the industry got more money and recognition from both the local and international scenes while the unknown ones came into the limelight. Life and Beat presents some of the musicians who made the A-List in 2008:

Dapo Oyebanjo:
Popularly known as D'banj, Dapo who stormed the industry in 2000 has really cemented his presence in the industry. Having won several awards in 2008 including the MAMA's Best African Act, the Koko Master would gladly say 2008 had been splendid. His current album, Entertainer is really selling like hot cake.

Timaya:
When he said he was as “hot as fire,” the South-South born musician, Timaya, did not mince words. He came out not too long ago like a meteor and is soaring higher than those who were there before him.

His dancehall tracks, especially Timaya, endeared him to so many fans.

9ice:
Rave of the moment, 9ice (Akande Abolore) would definitely count his blessings in 2008 for he may not have had it so nice before now.

First, he left the shores of the country for the first time in 2008. Secondly, he made so much money and thirdly, he got married to his babe.

To cap it all, his Gongo Aso has fetched him so many national and international awards.

Naeto C:
One of his tracks is Kini Big Deal, but really, Naetochukwu Chikwe, would really say that 2008 was a 'big deal' for him. He came from nowhere and suddenly, Naeto C is big on the rap music scene. He is certainly going places and winning awards.

P-Square:
Though their Busy Body album sold like hot cake, many felt the twin brothers may not have anything to offer again.

But they proved their detractors wrong with Game Over, which had the Do Me track and which has wowed more fans.

The 28year-old Peter and Paul Okoye have enough reasons to thank God for 2008 indeed.

Wasiu Alabi Pasuma:
The list would not be complete without Pasuma. The Fuji musician took the industry by storm, getting his fans hooked to his music.

He really made a mark in the music industry in 2008.

Olu Maintain:
He came out with his hit track, Yahozee, and since then, Olu Maintain has remained unstoppable.

2008 was indeed a good year for the musician who has made a mark in the music industry since he went solo.

To cap his efforts in 2008, he had a wonderful perfomance with US Colin Powell and that earned him a big ovation.

Asa:
How could we forget Asa? She did not allow the female musicians to be put to shame. The Jailer crooner was just the bomb in 2008. She is loved by many and her calendar was filled up this year with international concerts. Asa really toured many cities abroad. But for an international award in France, Asa didn't win many awards in 2008 yet the songstress rocks on!

Faze:
Faze did not go Kolomental this year, rather, he became more 'original' with his 'Originality' album.

2008 couldn't have been a bad year for the crooner for he is still loved by all.

Tuface
Innocent Idibia: popularly known as Tuface, is still the man of the moment and that is not a lie. The artiste is simply too much. He is one of the artistes that have toured the globe, playing music and people really love him.