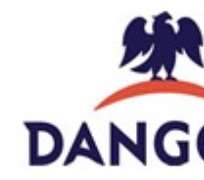 BY Emmanuel Elebeke
Less than one months of the Presidential directive for cement manufacturers in the country to crash the price of their commodity, the new six million metric tons capacity Dangote Cement factory, located at Ibeshe, Ogun state is set to release into the market, the first set of its production in August.

With the new factory coming on steam in a months time, the Nigerian economy is expected to witness an all-time increase in supply of cement and at the same time, prices are expected to crash with a combination of other market forces put together.

Apart from increase in local and export supply as well as the expected reduction in price, it is also expected to absorb hundreds of people for employments.

Conveying media men round the factory, the Project Manager, Dangote Cement, Engr. Bola Aladeniyi said that the new ultra modern factory is an improvement on the old plants, in terms of deployment of latest technology, which makes the factory competitive with any other anywhere in the world.

He said though, work was still on-going at the new factory, it had gone beyond 80 percent completion, adding that everything had been put in place to ensure that it delivers its first set of products in August.

According to him, the early production deadline set for the factory failed due to some disruption of the gas pipeline by some members of the community but with that now taken care of, and with three Gas Turbine power plants, with 37 mega watts each, he said the machine will be delivering at the targeted six million metric tons per annum.

Also, as part of plans to make the technology more friendly, Engineer Aladeniyi said they will be using blasting method to process the limestone and other raw materials with addictive, but will be employing surface line technology and online analyser cheaque mechanism to ascertain the quality of materials before getting to the final production stage.

Another major feature to the new factory, he said, will be the use of liquid and gaseous fuel as a versatile plant with capacity to function on multiple fuel, and that with six cement silos, and each with 10,000 metric tons.

He further stated that to ensure a seamless control mechanism, the central control room will not require duplication of functions as only a few hands will be needed to do the job.

Also with the new factory, the company engineer affirmed that they will be achieving power saving and reduction of damages on machines, adding that the quality of the cement will never be compromised along the production process.

He said that the factory has the capacity of 1,000 truck loaders a day. Even as the local consumtion level remains at the neighbourhood of 17-18 million metric tons, he was optimistic that the demand will be surpassed in the next three years and with less that 30% of expatriates running the machine, he also pledged the company's determination to ensure that the technology is transferred to the local people.