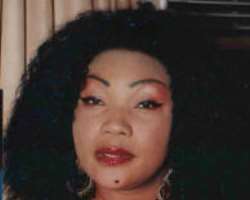 t will not be out of place to say that the aura of the season is already evident in the activities of the entertainment industry as fun-seekers enter another weekend of exciting, entertaining and fun-filled activities. Beginning with the Lagos International Film Festival (LIFF), which was initially known as the National Conference on Entertainment in 2005 when it started, Lagos, Abuja and Port-Harcourt are set to sizzle with memory making events designed to enable the essence of the season touch their inhabitants. The festival, which began on Wednesday at the National Theatre, Iganmu, Lagos, will be holding its annual Golden Carmel Awards tomorrow.

Cinema and Development, which is the theme of the festival is aimed at highlighting various ways the film/movie industry could be used to impact positively on the country's socio-political and economic well-being.

Part of activities slated for the event is a practical anti-piracy workshop meant to educate participants in the industry on the latest techniques to be adopted in curbing the activities of pirates.

The festival, this year, is also expected to host a special delegation, from Ghana and Cameroon. There will also be a competition to select a young actress who will be the Face of Lagos International Film Festival.

As a way of acknowledging and celebrating children within the cinema context, there will be a special programme dedicated to the youngsters.

The perceived urgent need to reinforce the bond between the Nigerian Film Industry and the consumers, both locally and international, is one of the essences of the festival, and also to create distribution opportunities for movies.

Various prizes will be won by films that entered for the festival in the competition category, such as best director, best screenplay, best short film and many more. Tomorrow's event, which will take place at the Cinema Hall II of the National Theatre with the Golden Camel Award in honour of Kio the Camel, the LIFF Mascot, marks the climax of the four-day art jamboree.

Also coming up this weekend is one of the biggest musical concerts, The Experience, which will be holding at the Tafawa Balewa Square, Onikan, Lagos, today, Friday December 5, 2008.

The concert being coordinated by Pastor Paul Adefarasin of House on The Rock Church is expected to be graced by over 400,000 people going by the over 250,000 worshippers that were in attendance last year.

Stringent security measures are being put in place to ensure the safety and security of the large crowd being expected at the all night event. The parking lots are not left out either, as the organisers have made provisions for security floodlights to beam all designated parking lots, concert routes, adjoining streets and the venue proper.

Well over 15 churches and Christian organisations in the country have endorsed the concert, which will see participants worshipping God in unity regardless of doctrine or ethnic group.

The festive air also spills into Rivers State, where the government of Rotimi Amaechi has scheduled December 5 and 6, for the hosting of its carnival tagged: CARNIRIV 2008 at the Polo Club, Tombia Street, GRA, Port Harcourt, Rivers State, by 7p.m., according to the Rivers State Commissioner for Culture and Tourism, Mr. Marcus Nle-Ejii, who expressed optimism that the cultural fiesta will improve the crawling economy of the state and also repackage its image to the outside world.

In addition to providing enough logistics to law enforcement agencies on security, militants operating in the area are being urged to sheathe their arms and join hands with the state government by taking advantage of the forthcoming cultural carnival to boost their economic fortunes.

"The carnival, which was first held in 1988, is being revived to promote and sustain the rich cultural heritage of the people. It will also keep the state cultural troupe in shape ahead of the next national cultural competition," he said.

The security situation in the state, government officials insist, have immensely improved, compared to what it used to be in the past, hence, the private sector and international investors are called upon to come and partner with the Rivers State government to develop its tourism potentials for the viability of the sector.

Present to liven up the stage are D'Banj and Mo Hit. Also featuring are Duncan Mighty, Korkormikor and Timaya.

Also in Rivers State the Glo Communications Network that's been hitting up the country's neighbourhood since November 22 with its Rock 'N' Rule biggest fun blast will this Saturday, December 6, showcase its artistes at the Port Harcourt Liberation Stadium. The organisers of the event said they were set to heat up the air in the Garden City with music, dance, comedy and weird fashion style. Rocking down the city are carefully selected artistes, comedians and DJs including D'Banj, Sunny Nneji, Becca, Sammy Okposo, Ego, Van Vicker, Basketmouth, Okey Bakassi, Jimmy Jatt, Stereoman and Mode 9.

Still in the entertainment mood, Smirnoff is inviting all to come and chill at Da Smirnoff Snow party.

The Party holds today at both Lagos and Abuja. In Lagos, it is billed to hold at Suite XVIII, opposite Eko Hotels IV, while that of Abuja will take place at the Dome Night Club, Central Area, Abuja.

Attendants are advised to grace the occasion in an ice cold white attire.

On a philanthropic note this weekend, kind-hearted Nigerians are invited to make it a date with the Heritage Homes orphanage as they organise a Christmas party for their little angels tomorrow, Saturday December 6, 2008, from 12 noon, at the 'Home,' 45, Faramobi Ajike Street, Anthony Village, Lagos.

According to Mrs. V.O. Osuntokun, Head of Administration of the orphanage, "The 'Home' is an initiative of a group of individuals from different walks of life and was established on November 2006 to provide solution to the growing problem of abandoned and orphaned children. Organisers of the programme are passionate about its success, given that it will be saving a child's life and at the same time instilling in them a sense of belonging by the public honouring the invitation.

Also in Lagos, the Bafana Bafana M2 anniversary party will be taking place at the Niteshift Coliseum tomorrow.

The 2008 Bafana Bafana anniversary is codenamed the Bafana Beautiful Festival. In addition to Nollywood actors and actresses, it will be parading some of Nigeria's most celebrated hip-hop artistes such as Tuface, Sunny Nneji, D'Banj, P-square to treat the audience to an unforgettable evening of rhythms.The attendees of the party, this year, have the opportunity of winning a brand new car, washing machines, home electronic appliances, and a weekend for several couples at the exquisite Hotel 1960, as well as lots of consolatory prizes in the offing.