UN AND US LAUNCH CAMPAIGN TO ELIMINATE INHERITED HIV 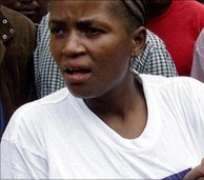 The UN and the US government have launched an initiative to eliminate HIV among babies by 2015.

The UN says a baby is born with HIV nearly every minute, almost all of them in sub-Saharan Africa.

The new campaign will aim to treat HIV-positive pregnant women, cutting infection among their babies to less than 5%.

It will cost an estimated $2.5bn (£1.5bn) to care for 15 million women, double those currently being treated.

The plan, called Countdown to Zero, was developed by a team led by UNAids and the US President's Emergency Plan for AIDS Relief.

A key element of the campaign is to ensure that all women, especially pregnant ones, have access to quality life-saving HIV prevention and treatment services – for themselves and their children.

In 2009, an estimated 370,000 children were infected at birth with HIV, almost all in low- and middle-income countries, and chiefly in sub-Saharan Africa.

“We believe that by 2015 children everywhere can be born free of HIV and that their mothers can remain healthy,” said Michel Sidibe, executive director of UNAids.

“This new global plan is realistic, it is achievable and it is driven by the most affected countries.”

Achieving the goal could be “the beginning of the end of the story, because that opens the prospect for an Aids-free generation,” said Michel Kazatchkine, head of the Global Fund to Fight AIDS, Tuberculosis and Malaria.