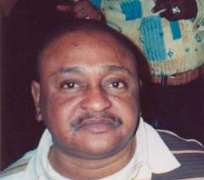 Over the years, the Nigerian movie industry has evolved, developing and getting better, until the advent of the video, whereby it speeded up, but the products were only on video.

Recording on celluloid began to recede. The recession was perhaps occasioned by the cost of producing real movies in the American context: on celluloid.

Earlier films like Ajani Ogun by Ola Balogun in 1976, Ija Ominira directed by Balogun for Adeyemi Afolayan (Adelove) in 1977, Aiye directed by the same Ola Balogun for the late Chief Hubert Ogunde in 1978, thrilled their audiences with dance and songs in plays rooted in Yoruba culture. These movies were recorded on celluloid.

The economic recession of the eighties and the emergence of the video recorder could be held accountable for the all-comers-affair that the movie industry has become. While some of these home videos have solid story lines and superb acting, others have given a bad name to the movie industry, that has come to be known as Nollywood.

Several Nigerians have called for proper regulation of the industry to standardise the movies, as they have become highly popular even beyond the shores of Nigeria.

Mr. Biodun Dawodu, in his book Three Decades of Yoruba Movie Industry Challenges And Prospects (1976-2006) takes a look at the Nigerian film industry, especially of the Yoruba variety.

With a forward written by Prince Jide Kosoko, the incumbent president of the Association of Nigerian Theatre-Arts Practitioners (ANTP), Dawodu traces the history of the Nigerian film industry by reviewing the subject from the mid-1970s when the first Yoruba movie Ajani Ogun appeared in cinema houses.

After the general overview in the early pages, Dawodu introduces his readers to the concept of the cinema, early development of the cinema in North Africa, the Francophone states and then the Anglophone region.

Warming up to the subject, the author takes the reader through the early Nigerian films, which he described as mainly documentaries that promoted colonial values and propaganda.

Writing about early indigenous feature productions, Dawodu examines the growing demand for Nigerian films, shot in Nigeria, acted by Nigerians and watched primarily by Nigerians, the urge to make such films and the production of the films in collaboration with Americans.

The Beginning of Indigenous Yoruba Films is a chapter that traces the advert of indigenous Yoruba movies, the first generation of these productions and the producers and actors. Special mention was made of Dr. Ola Balogun's pioneering role and the role of Chief Duro Ladipo, Mr. Adebayo Faleti, and Adeyemi Afolayan among many others.

From the early yoruba movies, Dawodu delved into the development of the industry, some of the movies produced, the actors, producers, directors, the language, the marriage of cinema and tradition and the development of poetic inspiration and expression on the issue of traditional African magic and culture.

Making a case for a Yoruba Movie Award/Festival, the author postulates that there is need to encourage Nigerian movie practitioners to seek to improve the industry and the quality of their works artistically and technically.

Special mention was made of the late Muyideen Alade Aromire who pioneered the Yoruba home video. The author noted that the trail blazing effort of Aromire witnessed a wave of criticism from his senior colleagues who felt that the arrival of the video might lower the high quality standard of celluloid productions and encourage infiltration of the industry by mediocres.

The book also features a list of Yoruba movies shot on celluloid, the producers and year of release. A list of home movies shot with video cameras was also included.

Dawodu's work demonstrates a deep understanding of the Yoruba movie industry and the challenges facing it. The handy book is a worthy effort in tracing the evolution and the way forward for the industry.