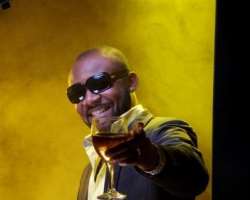 2shotz has decided to take (Nokia) a worldwide phone company to a Lagos high court, demanding #5 billion naira compensation over the copyright infringement.

In his statement of claims, 2shortz said NOKIA used three of his songs as default ring tones for NOKIA X3 without getting approval and sealing a contract with him. He considered it as illegal.

He is therefore seeking damages in form of monetary compensation to the tune of N5 billion.

While Brendan Rilley, lawyer for NOKIA is saying that they actually got the deal through Orchard, a record label last year, 2shortz said nothing can be farther from the truth.2shortz reiterated that only Umunnamu his record label has the legal rights to enter into any contract with company or individual regarding his songs.