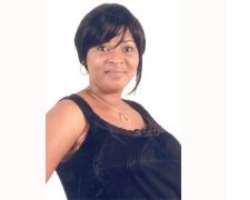 It was reported that Nollywood actress, Moji Olaiya was involved in a serious auto crash some days back; on her way to a movie location, 32 kilometres to Ibadan, oyo State.

The actress who debuted her own movie November last year, escaped unhurt but one of the other occupants of the vehicle sustained a fractured arm. The vehicle itself was totally wrecked.

Reports says that she was driving in her personal car, an SUV, when she lost two tyres and the car somersaulted.