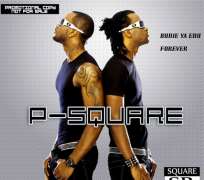 At about 6pm yesterday, Paul Okoye half member of the group P-Square was attacked by Armed Robbers on his way to Victoria Island to meet with some friends.

According to our sources, Paul was driving his new BMW X6, he stopped to assist some victims that were involved in an accident in front of him, and as soon as he was getting back into his car to leave the scene, two gunmen approached him and demanded for all his valuables.

Paul speaking about the incident;

“I was about leaving when these two guys surfaced from nowhere and demanded for everything I had on me at gun point. They actually succeeded in taking my phones, money, jewelry and other valuables, but just as they were about collecting my car key, one woman who had noticed what was happening screamed and alerted people at the accident scene. And that was when the gunmen ran away.

The gunmen, according to Paul, “said they were not going to beat or shoot me, but warned that I must cooperate with them. It was so funny because they said what they wanted was their own share from P Square's 'largesse'. But I just thank God that they didn't hurt me.”