Working Towards A Peaceful Relationship 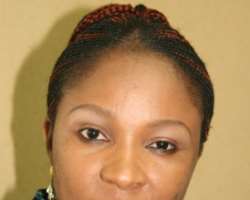 Ahere once was a king who offered a prize to the artist who would paint the best picture of peace. Many artists tried, The king looked at all the pictures, but really liked only two and he had to choose between them.

One picture was a calm lake, a perfect mirror with peaceful towering mountains all around it. Overhead was a blue sky with fluffy white clouds.

All who saw it thought it was a perfect picture of peace, while the other picture had mountains too. But these were rugged and bare. Above was an angry sky from which rain fell and in which lightening played.

Down the side of the mountain tumbled a foaming waterfall and this did not look peaceful at all.

But when the king looked, he saw behind the waterfall, a tiny bush growing in a crack in the rock. In the bush, a mother bird had built her nest there, in the midst of the rush of angry water.

“Because,” explained the king, “peace does not mean to be in a place where there's no noise, trouble or hard work, peace means to be in the midst of all those things and still be calm in your heart. That is the real meaning of peace.”

People everywhere are looking desperately for peace (including the ones who know they don't deserve it at all). The story we just had above clears the point that peace is a disposition and not a mere event.

I came in contact with a lady who was at the verge of quitting her marital commitment simply because she felt life was getting very unfair. It was difficult to get her to talk, while she avoided people because she didn't want anyone to tamper with her decision.

Finally, I asked some questions that triggered a conversation and I was amazed at what life could turn to.

“My marriage with Henry has been rough, but I had no slightest insight that things would turn this bad in the course of our relationship.

“I got married to Henry as a renowned businessman who just came from the US to settle in Uxbridge where I was.

“I was already 37 years old and head buried in my job since marriage was not forth coming. I didn't know what I would be doing on a weekend than work in the office till late. Friends and relatives were getting very concerned; several invitations were passed to me both formally and otherwise, but I always had excuse not to be there with them.

“When the pressure was getting too much, I started avoiding people that would ever tell me that time was no longer on my side. Once I closed from work, the next place to go was my gym, where I could stay till 10 p.m. before getting home.

“Two months after I registered at the gym, I noticed a certain middle aged man was always exercising at the same time with me. Although we both minded our business initially, there came this fateful day my phone was ringing and he passed it across to me from the window seal. At the point of receiving the phone, the looks in his eyes told me there was obviously something in his mind.

“When I finished answering the call, he offered to return the phone to where he picked it from initially and I couldn't say otherwise. When I got home after the exercise, I found Henry's call card inbetween my phone fold.

“I didn't know who Henry was, so I decided to call and clarify issues. He answered the phone and started asking about how my exercises were going. Immediately, I recognised he was the guy who passed my phone to me at the gym. But how his complimentary card got into my phone I never understood and bluntly refused to ask.

“It was very glaring he wanted me; I didn't want to waste my time pretending I did not understand the chemistry. Things came up quite nice and the butterflies in my tummy were growing bigger each time we met.

“With attractive American ascent, Henry became my pride any time we went out together. My people celebrated him and before long, wedding bells rang.

“Preparation for wedding and the excitement of my new-found love relegated my job to second place; lateness was becoming a regular thing and sometimes, I completely stayed away without any permission.

“When management could not bear it again, I was asked to take a critical decision—resign my appointment. Henry didn't see anything wrong with this, after all, he had some good money to spare.

“After resignation, I joined Henry in his business and things were moving fine and within a spate of three months, we made so much money from the import/export business that other businesses were closed down for it.

“Not long after, Henry lost his entire container in the sea and there was nothing we could fall back on. The receipt of this sad news landed him in hospital and before I knew it, hypertension came and there was no money anywhere to settle subsequent hospital bills, so I resorted to begging.

“We both survived on the proceeds of charity but Henry felt quite humiliated. As he was trying to recover from the shock, another problem was at the door; his family members started demanding my explanations for not having children.

“I wept night and day for God to answer my prayer and after much pressure, we decided to adopt a son into our home, but the orphanage kept promising without fulfillment. Life went on, jobs came and business started slowly again.

“Once his relatives saw that Henry had little coins again, they brought a wife for him and to my surprise, he didn't refuse the offer, instead, he told me we needed to have children in the house.”

At this point, she paused and asked “Aidy, please tell me how any woman can survive this.” I advised her to get back to her matrimonial home and play her role as the wife. Although it was very painful, she obeyed and within a short time, she became pregnant and nobody told the husband to send the other woman away; he just knew she was no longer needed.

Now, if this woman had left her home in anger, what would have become of her?

Patience is the springboard of peace. There are a lot of things that would come up to test your patience in any relationship and your ability to stay calm in the midst of problems shows how mature you are. There is no relationship without its own problems, but the way you handle yours determines whether you will succeed or fail.

How To Stay Peaceful

Have a goal: It is your focus on goal that will guide your actions. You must have long-range goals to keep you from being frustrated by short-time failures.

Learn to love others: Peace comes from within. If you are naturally at peace with other people, it will reduce your chances of irritation and self defence.

Live one day at a time: No matter how hard you try to get the best of life, sometimes you meet disappointment. Inner peace evolves from having your actions in harmony with your beliefs, that is, doing what you believe is right at all times, pursuing what's important, unwilling to settle for anything less.

Seek counsel: Talk to people you know can give you useful input. Talk/complain less, no time for regrets and hope for the best.

I heard someone say something interesting: “In three words I can sum up everything I've learnt about life—it goes on.