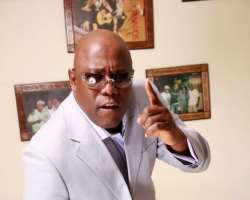 Kenny Keke Ogungbe literally raised the Nigerian entertainment scene from the dead, and changed the face to world class standard. He has indeed shown that show business requires managerial skills and entrepreneurial ability. Having trained in the entertainment capital of the world, Hollywood, California, in the United States of America, he came back to Nigeria with in-depth knowledge of what he wanted to achieve.

Some months back, the founder/chairman of Rainbow Fm Otunba Dr Alex Onabanjo appointed Kenny as the Managing Director of the Station; but the news reaching Nollywoodgists.com just confirmed the exit of Keke from the station.

As at the time of filing this report, no concrete reason was given for his sudden exit from the station. But the new man in charge of the station is Edem Isong(Presenter of the Game Show on Radio continental.