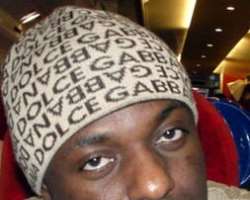 Handsome actor, Jim Iyke has added another trade to his entertainment resume. All is about set for the launch of his album slated for sometime before the end of the year.