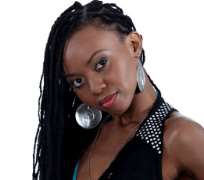 Tension is in the air, as contestants in the ongoing Big Brother Amplified are not sure of the next to be evicted from the show.

Nkuli became the third Housemate to be evicted from the Big Brother Amplified during the live show.

The Anchor IK instructed Kim, Luclay, and Mumba to leave the stage; while Nkuli was the only one left seated on stage.Nkuli was still basking in the euphoria of the three that left the stage; thinking that she has been saved when IK called back the three into the House and announced her eviction.

Nkuli showed absolutely no emotion after the anchor broke it to her that she has been evicted.