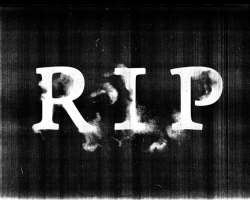 Sources are confirming to us that the entertainment, hospitality and tourism enthusiast who had been ill for sometime, passed today in the US, but details are still sketchy.

The Waterparks group include a recreation and events centre based on Toyin street, in Ikeja, Lagos; as well as several resorts around the country.

Waterparks rose to fame in the nineties when it became to top venue for entertainment events in Lagos. The Aquatic Hotels, which shares the same premises with Waterparks, was only introduced recently.

A Waterparks source tells us Winfunke, popularly called Chairman, had 'been sick off-and-on for a while'.

'He had a history of Hypertension and the last I heard was that he was flown to the US'.

A top management staff who spoke to us refused to comment, saying 'Please let's wait for the family to meet and release whatever details they want to. I'm not in a position to say anything now'