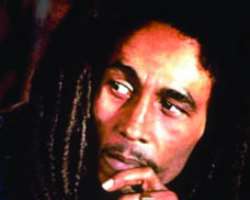 Yes! His work was over 30 years ago and he flew away home, leaving his global fans stupefied and in deep mourning. Robert Nesta Marley, popularly known as Bob Marley, was on May 11, 1981 felled by death caused by cancer and brain tumor. He had fought a ceaseless battle with death for eight months with the illness taking him to several hospitals in New York, USA and Munich, West Germany.

Marley finally gave up the ghost at the Cedars of Lebanon Hospital in Miami, USA surrounded by members of his family including his weeping mother, Cedelar Booker.

'Woman hold her head and cry cause her son had…died. Can a woman tender care cease towards the child she bears?' Marley sang prophetically several years ago.

Humble beginning
Bob Marley had a humble beginning. He was born in the ghettos of Kingston, Jamaica on February 6, 1945. His father was Norman Marley, a British Naval Captain posted to the West Indies during the Second World War. Marley had little Western education as he dropped out of school at 14 to become an apprentice welder. He soon quit welding to team up with Peter Tosh whom he had met recently and both released a single, Simmer Down which enjoyed a considerable airplay on the local radio.

In 1964, Marley and Tosh formed the Wailing Wailers together with Bunny Livingstone Wailer, Junior Braithwaite, Beverly Kelso, Rita Anderson (who later became Rita Marley in 1966), Judy Mowatt, and Marcia Griffith (the 1-Three). The group was popular in Jamaica as it performed in many shows.

In 1972, the Wailers was signed on by Chris Blackwell's Island Records and the following year, 1973 came out with their debut album, Catch A Fire. Catch A Fire actually launched the Wailers into superstardom. The group toured Britain, but as successful as the tour was, it turned out to be the turning point for the group. Back in Jamaica, the group split with Peter Tosh and Bonny Walter opting out after alleging Bob Marley's domineering role while on tour.

'They say it's Bob Marley and the Wailers, I never tell no one to say that…' Bob objected, stressing that the band's welfare was his concern.

Bob Marley & The Wailers
After the duo opted out, the band regrouped and became known as Bob Marley and The Wailers. In 1975, the group released an album, Natty Dread. It was an instant hit both in Jamaica and abroad. 1976 witnessed a follow-up album, Rastaman Vibration with it's hit track, War. 1977 was the year of Exodus while Kaya, an album that glorifies marijuana followed in 1978. In 1979, Marley came out with Survival but could not himself survive the Uprising (1980) of the cancer affliction of 1981.

Thirty years after, Marley's work still lives on. He would constantly be remembered as the apostle of reggae music, a thorn in the flesh of the oppressors and the wailing voice of the oppressed. He was the cultural ambassador of the Carribean Island. 'We Rastas don't worry about death. The whole significance of Rastas is in life,' Marley says. The irrepresible Rastaman was perhaps peeping into the future with this statement.

Reggae revival
But then reggae fans all over the world have undoubtedly stopped worrying themselves about Marley's death, their major concern is the lack of development of reggae music after he passed away. Since Marley's death reggae music has been rudderless like a kingdom without a king. In fact, Marley was the king and since he died nobody has been able to assume the throne. Not even the ageless Jimmy Cliff nor the Grammy award winning son of Marley, Ziggy. Just as the world is yearning for the revival of reggae music, Ziggy, on whom many fans depend to bring back the music's old glory is deeply involved in his new comic book, Marijuanaman, which he's using to educate the world on the many uses of marijuana.

'I started learning more about the marijuana plant, and it's basically used for more than smoking. It strikes me as to why society is not utilising it as a natural resource, for its industrial uses, to make clothes, for nutrition among an array of other uses. All we see is the smoking aspect. I'm trying to find a way to expose the idea of its many uses in a way that's not preachy, but in an entertaining way,' Ziggy explained.

Marley's biopic
Ziggy is also involved in the making of the latest Bob Marley documentary. Produced by Tuff Gong Pictures and Shangri-La Entertainment, the documentary entitled Marley is expected for release this year. It is directed by Kevin MacDonald, who won the Academy Award for Best Documentary Feature with his 2000 film One Day in September, and was also behind 2009's State of Play and The Last King of Scotland (2006).

'I was involved in it deeply, which is the first I've been involved in one of the documentaries like dis. It's trying to show him (Bob Marley) in a different light, from the people who knew him best,' said Ziggy.