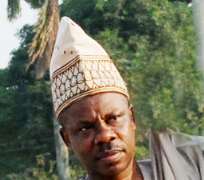 GOVERNOR-elect of Ogun State, Senator Ibikunle Amosun, has set up a 13-member committee to oversee a smooth and orderly transition from the Gbenga Daniel-led Peoples Democratic Party government to the incoming Action Congress of Nigeria leadership.

Information about the new committee is contained in a letter the governor-elect sent to the outgoing governor, Otunba Gbenga Daniel, on Tuesday.

Amosun, who won the April 26 governorship election on the platform of Action Congress of Nigeria, in the letter titled: 'Composition of the Transition Committee' stated that the committee would liaise with the state government and ensure a smooth transition on May 29.

In the letter dated May 3, 2011, a copy of which was made available to our correspondent in Abeokuta on Tuesday, the governor-elect also expressed appreciation to Daniel for congratulating him on his recent electoral victory.

According to Amosun, the transition committee, headed by a former Secretary to the State Government, Mr. Poju Adeyemi, has been constituted 'to liaise and interface with the relevant organs of government to plan and work together to achieve a smooth and orderly transition leading to the inauguration of a new administration on May 29.'

The letter further reads, 'It is my understanding and therefore a request for the kind consideration of Your Excellency that the committee will have access to information and facilities required to achieve the objectives of a hitch-free transition.

'May I seize this opportunity to thank again Your Excellency for the telephone call during which you congratulated me on my victory at the polls. I am most grateful for this demonstration of goodwill and trust that I can count on this in months and years ahead.'