About Omotola Jalade’s Love For Money 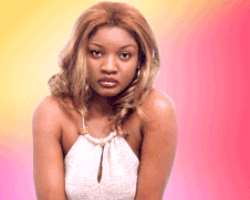 Omotola Jalade-Ekeinde is top Nollywood actress with a pretty face and there is no doubt about that. But what many don't know about this mother of four is her undying love for money in preference to developing her career.

An impeccable source told http://nollywoodgists.com/admin of how Omotola bungled an opportunity to rub shoulders with international movie juggernauts like Andrea Calderwood, producer of Oscar award-winning movie, The Last King of Scotland, and Rob Aft, top Hollywood compliance consultant, because of a pittance.

It was gathered that Omotola was invited to grace an international conference/capacity building workshop organised recently by an NGO in conjunction with the American Film Institute at Eko Hotel and Suites, through a respected film maker, whose films always come out strong like a house pillar.

When the man approached the actress and told her why she should be at the conference, she was said to have stunned the film maker with her response, saying “how much will they pay me?”

The benumbed man, who was highly respected in the movie industry, felt disappointed in her, wondering how the industry can grow with such attitude.