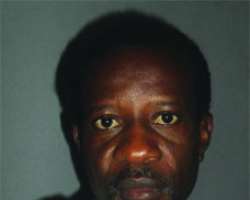 Talented actor, Dare Ogunsanwo aka Emperor has something in common with the founder of the Synagogue Church, Prophet T.B Joshua.
He says: “Many times I have been mistaken for Prophet T.B Joshua. Nevertheless, I used to tell them that I am a fake Joshua. In fairness, I'm not a worshipper in his church. I am a staunch member of the Cherubim and Seraphim Church (Ayo Nio). Yet, everyone still believes I look like him and that he's my mentor. But contrary to their assumptions, I do not think we look alike.”

A regular face in Wale Adenuga's Superstory, Emperor talks to Blockbuster on his career, and why some people often mistake him for Joshua. Excerpts:

Beginning
I started acting from the roots. I have acted in many television soaps, musicals and home videos. I am a writer, producer and director. I have done some few television commercials. I joined acting because I was inspired by the way people gather stories, do research and most of all the clever way they present them. I act anywhere I find myself.

Loving God
I am a person that loves God so much. Every role I acted I made sure God is reflected in it. Since my engagement in Nollywood spanning over a decade, I have observed that only those who make God their bedrock become famous. Apart from that, God regulates the human conducts in entertainment, law, education, politics, etc. There are many problems in the polity because the politicians refuse to entrench godliness.

Prophet Joshua and I
Truly speaking, I am not one of Prophet Joshua's church members. And I have not met him before, let alone trying to speak for him. His art of giving to the poor inspired and attracted me most. Practically, Prophet Joshua understands the Bible. There was a day he gave a widow who came for help at the church N2 million to settle her debts. Again, he touched the life of Pa Charles Olumo popularly known as Agbako. He gave him a huge sum of money and turned his life around. And the most significant part of it all is the approach he takes to intervene with prayers, for entertainers. I mean his attitude of praying on the mountain for all Nigerian artistes.

The mistake
It is true people mistake me for Prophet Joshua. I blend with his doctrine a lot. I suddenly noticed I was looking like him. He has already won my heart; you can even say I was his twin-brother. The confusion was too much that I was forced by my wife to trim down my beard and also change some other things that made me look like the preacher.

Recurrent death of entertainers
It is true that everybody will die one day. But it is not true that people should die untimely. Moreso, when evil is prevalent in one particular sector, it is not only alarming but it calls for an urgent attention. For you to understand, go to Europe, America or India, artistes do not just die the way we die like flies in Nigeria. Statistics revealed that five artistes died within the month of March. And to put the record straight, at least two to three star artistes die every month. The deaths could be averted or prevented. Normally before the death occurred, God would have sent His servants to tell those victims, their families, friends or acquaintances to beware and pray. But entertainers hardly heed the warnings of God. Someone saw the death of Ayinde Barrister but the musician ignored the warning. I learnt from a friend that Prophet T.B Joshua prays every night to save one musician or actor from untimely death. And he has been doing this for a very long time.

Artistes' quest for deliverance
I am a bonafide member of Association of Nigeria Theatre Arts Practitioners (ANTP). We can all see for ourselves that prayer is all that we need in this century to survive. I told some of my mates who went to set up another body that forming a new association is not all they need for this season. And that is the truth. It has been a long time we had a revival to clean up the evil spirits and principalities manifesting in the association. Afterall, Prophet Joshua had for a long time giving warnings concerning actors and actresses; we need serious payers in the association. And let me tell you, one after another all his predictions were falling in line. And I think one or two among us have been craving for the pastor to step in and do spiritual cleansing in ANTP.