Tony One Week Elected Into House Of Assembly 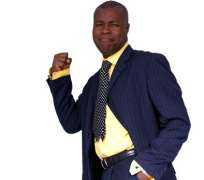 Popular musician and Nollywood actor Tony Muonagor better known to the public as Tony one Week has been elected into the House of Assembly in Idemili North Constituency, Anambra State.

Tony One week, on the platform of the Action Congress of Nigeria (ACN) contested and was declared the winner in the election which took place on Tuesday, April 28, 2011.

Tony who will be 41 in November debuted as a singer in 1998 and directed his first movie titled 'Holygans' in 1999.