PLACE OF ARTS WRITER IN DEMOCRACY 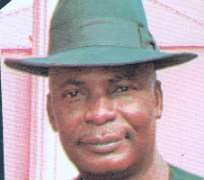 Although he or she may not be assigned to the political beat, but the arts writer or journalist too has a great role to play in the on-going democratization process. First, the Arts writer has a duty as journalist to report events and activities by the people, particularly to defend their rights and help to propagate their constitutional values and ideals for popular participation.

Secondly, since journalists and writers are the true conscience/watchdog of society, they (including arts writers) have the role of highlighting democratic concerns especially by monitoring activities of people in leadership positions with a view to making them accountable to the people they rule.

Ben Tomoloju, foremost journalist, culture communicator and former Deputy Editor of The Guardian and Major General Mathias Efeovbokhan recently tasked journalists on ways and methods of making democracy work. They both served as resource persons at the fourth edition of the quarterly workshop for Arts Editors and Writers, hosted by the National Institute for Cultural Orientation (NICO) in Abuja. They presented papers on the Role of Arts Writers in Nigeria's Democratic Process.

While Tomoloju explained that the Arts Journalist is directly related to the masses, Efeovbokhan said that the journalist, irrespective of his or her beat is the conscience of society. In his paper, Tomoloju observed that arts journalism is essentially a branch of the larger role of disseminating information for the purposes of enlightenment, education, criticism, conferment of status and entertainment. But in covering the Arts, the journalist explores his or her creative imagination, using various stylistic devices to instruct and entertain the reader.

Without necessarily knowing, Tomoloju affirmed that the Arts writer in Nigeria has made his role relevant to politics. He observed ' The Nigerian arts writer is challenged by this cultural interpretation of democracy to explore ways of using his calling to empower the people. Culture, as the totality of a people's way of life, is a familiar terrain to the arts writer. Over the years, he has extended the boundaries of his journalistic career beyond the mere reportage and criticism of works of art. He has delved quite seriously into the formulation and implementation of cultural policies as well as the administration and production of culture.

He has paid due attention to cultural manifestations and their spiritual, intellectual and material components at all levels-formal or informal. The spirituality and communal passion of the Osun Osogbo festival, the political and aesthetic grandeur of the Durbar and the fascination and athletic skills in the Boat Regatta have been covered with in depth analysis of the socio-cultural and philosophical force of appeal.''

In view of the above, Tomoloju said the art writer is closest to the masses in the practice of journalism where culture and democratization are concerned. The arts writer, according to him is therefore, well positioned to use his skill to engage and affect the people positively in terms of capacity building and general fulfillment.

He noted further 'As the reality of elitism continues to haunt the democratic process, the masses are trapped at the wrong end of the bargain. The situation is exacerbated by the fact that consideration is not given to the people in terms of the propagation of constitutional values among the majority who lack even basic competence in the use of English, the language in which the constitution is crafted'.

According to Efeovbokhan, many of Nigerian leaders rule without conscience, hence the need for journalists to monitor them by way of bringing to public their successes and failures. On a pessimistic note, Efeovbokhan observed that the country has lost its future through the political turmoil, which started from 1965 to the incursion of the military into politics in 1966.

'The lost future has led to five generation of waste and de-development' explained General Efeovbokhan who spoke on diverse issues affecting the Nigerian state. He addressed such relevant topics as social contract, purpose of the state, good governance, sustainable development, the fourth estate, among others. He concluded that there should be established, grassroots monitoring committees that would oversee projects, government expenditure and financial conduct of all government employees. He also affirmed that journalists and cultural organisations are the last hope of this great nation.

In his address during the workshop, Dr Backlays Ayakoroma, Executive Secretary of NICO reinstated his commitment to a healthy and fruitful relationship between government and the media. He recollected how his appointment as Director of the Bayelsa State Council for Arts and Culture was facilitated by Chief Ambakederemo, who was actually his predecessor in office. Ayakoroma also disclosed that henceforth, the quarterly workshop would hold in other parts of the country, to enable participation of writers and journalist from other parts of the country.