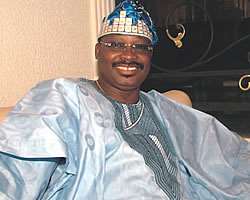 Before the final result was announced, there was a long wait after the result of 32 local governments had been declared. The five-hour waiting between 2.30 pm to 7.00 pm generated tension in Ibadan and its environs as both Ajimobi and Akala supporters engaged in victory dance around the city, claiming victory in the yet to be declared Ibadan South West result.

However. the tight security mounted by both the army and the police effectively secured the office of INEC and dispersed the riotous party supporters from the vicinity.