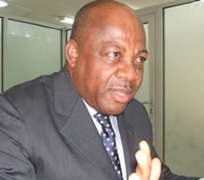 Legal icon, Mr Olisa Agbakoba, has said the performance of the Independent National Electoral Commission (INEC) in the elections conducted so far is an indication that the days of political godfathers were numbered in Nigeria's politics.

Agbakoba, a Senior Advocate of Nigeria (SAN), who spoke in a telephone interview, carpeted some of the opposition parties bellyaching over the outcome of the elections, particularly the presidential poll, which he said was won convincingly by President Goodluck Jonathan.

According to him, the violence that trailed the poll in some northern states were just a manifestation of an end to the 'old order' of 'mago-mago politics', which the political class had used to sway Nigerians and maintain their hold on power.

His words: 'Firstly, it is clear that INEC did us proud. It is also clear that a new electoral process has emerged and I will attribute the violence in the North to the final vestiges of the old electoral order whereby you had elders and godfathers dictating how people voted.

'Without doubt, Jonathan won convincingly. He broke all the old electoral infrastructure of rigging. That is why it is still difficult to persuade the leaders in the old electoral order that a new order had arrived. This is now the age of the cheetahs, of the young and mobile Nigerians, which Jonathan represents. Another thing is that 70 per cent of the votes were cast by young Nigerians, who had no interest other than electing someone that can give them what they want.

'But frankly, any body who thought that the elections would be conducted without violence is joking. This is because the patronage that the old order and godfathers derive from the electoral system is enormous. So the violence is the final end of the godfathers and their hold on the electoral system. It was clearly planned and premeditated by the old electoral order, which does not believe in free and fair elections. Rather they believe in mago-mago elections. Unfortunately for them, the performance of INEC has retired them. So Nigerians should see the violence as the sacrifice they have to make for the transition from the old to the new order.