Piracy Is The Greatest Problem Of The Creative Industry............ Ejike Aseigbu 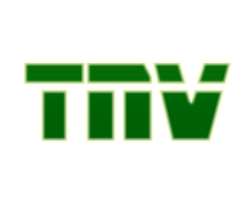 Piracy has been a thorn in the flesh of the creative industry in Nigeria and Africa. The President of the Nigerian Actors Guild, a veteran actor, Ejike Aseigbu recognises that piracy is a serious problem and suggests that despite all the measures taken by governments the fight against piracy has to start with the signing of professional contracts and the creation of a Ministry Of Entertainment. He spoke to The Post on this and many other issues in an exclusive interview in Yaounde recently. Excerpts:

How is Nollywood thriving?

Nollywood has created an identity and there is need to build synergy and partnership with the Diaspora and tell our story in an unguided way. As big as Nollywood is, it has made tremendous impact by virtue of the number of films produced and its acceptance in the world.

Rather, the greatest problem of Nollywood is not just the distribution of films but piracy. There is need for the creation of an Entertainment Ministry in Nigeria with God-fearing people. I can offer myself. There is equally need to build partnerships between countries and have commissions with no-nonsense people at the helm.

Nigeria seems to be the heart of piracy in Africa. What are the measures taken in Nigeria to fight piracy?

We have the Actors Guild of Nigeria, Directors Guild, Association of Government Licensed Producers and Script Writers Association. Through the heads of guilds meeting, we have made a proposal to government.

The Nigerian Film and Video Censorship Board censor the types of movies to ensure criteria; give licenses and approve the distribution framework. The Nigerian Copyright commission is the authority which is supposed to come down heavily on the activities of pirates.

What has the Nigerian Government done concretely?

If you ask me, it is the usual government talk about efforts and measures put in place but, as far as I am concerned, they are not doing enough. Actors don't have royalties. But it is something that cannot be achieved in a day. It is all stakeholders fight. The fight must start from the signing of professional contracts.

The contracts are usually one-sided particularly in favour of producers who feel they are the ones that make all the money. They do not always pay what we ask, for if they did, we would let go. Actors and all members of crew are supposed to be part of a royalty formula which has to be agreed by all stakeholders in the industry.

Even members of the Actors Guild do not understand the fight against piracy and the level of ignorance is appalling. There is a saying that the man who has never read and the one that has gone to school and does not read are both illiterates. They do not understand what professionalism is all about.

The satellite is a real problem for the film industry where in Nigeria, Cameroon and Europe, our movies are shown everywhere. Under the United Nations, it is stipulated that broadcast rights are negotiated between the TV station and the producers which is legally right. The TV stations have the right to approach producers if they sell the works they air.

It is assumed by implication that producers of such works are supposed to include the actors but this is not usually so. African producers feel actors should not benefit from their sweat. It is wrong. Every professional contract has to have the combination of the will and aspirations of every crew member, as it is done abroad in soap operas and films through particular incentives.

A percentage is attributed to every member of production. In this way as many times as the film is sold, a percentage is put in the account of every person that took part in the production. This is not the case in Africa because there is lack of love. Greed and lack of professionalism on the part of producers in turn kills the enthusiasm of actors.

Where does the World Intellectual Property Right come in?

Do you think that it is because of poverty that piracy seems to flourish in African countries?

They have no right to go to the streets and start hawking cassettes. Ignorance before the law is no defence. The perpetrators are doing it, the public is watching, it is wrong. Government should impose stiffer penalties and sensitise in local Languages.

What do you think of Nigerian films having voice-overs in French show in Cameroon?

It is wrong unless the people have the permission of the producers of the films. I have the feeling that those engaged in such activities would claim they have licences but I doubt. I know a pocket few who would give licenses but I believe that if investigations are carried out, it would reveal the contrary as people can forge signatures.

Is the fight against piracy not succeeding because some top ranking government officials are involved in making quick money?

We are aware that top government officials are behind the piracy network and we need to create a structure that would clamp down heavily on these people not minding whose ox is gored. There are people in Cameroon, Nigeria and Africa who are fearless and cannot be bribed. It is not that there are no threats. Support from top ranking officials is something that can be stopped.

Where do we draw a line between Ejike, the panellist at the Intellectual Property Rights seminar and the famous actor we are use to watching?

Ejike the panellist is an administrator, involved in structuring and giving the people a voice, a pan-Africanist, a human rights activist and it takes those with the right heart to articulate these things.

He is an actor, producer, activist who upholds justice and fair-play. I am married to my beautiful wife and we have four children; three boys and one girl.