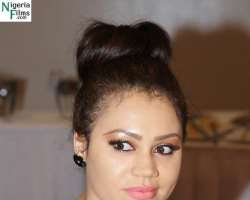 A seemingly woe of stardom that sometimes drown an artiste's career is the unsavory behavior or foibles of theirs that are uncovered by the press. While sections of people admire the talents of their fava actors and actresses, others would also develop a sudden dislike for certain actors and actresses whose “ills “may have been divulged by the media.

Actresses and actors like Yvonne Nelson, Nadia Buari and Van Vicker Among others have in one way or the other received lots of bad press from most writers, while some movie makers also describe some of them as movie stars they dislike working with.

Talking to some movie marketers in opera Square in Accra, some of them revealed that thy were not much closer to the movie stars to tell how good or bad they are character/wise but what they could say was that in some way some verbal abuse bad reportage used against them could really affect their career.

They explained that most top movie producers would not deploy the services of actors or actresses whose reputations have been dented by the media since that could affect the sale of their movies. “I think it all depends on our society but that is what I have observed and is also part of the reason why they lose sales because if you don't work with top producers, it is likely you will not be starring in good movies “one producer revealed.

Christopher Ihunanya Nwachukwu who also added his voice to the issue said in a differing view that he had worked with the afore mentioned top three actros,who have received bad press from the media for five years and haven't realized any jinx on the sales of movies they have starred in.”I have been working with them, they never give me problems and up to date I still work with them because I still get my profit “Christopher added.

He also said that he has about five scripts to shoot and will be doing most of them with Nadia Buari,with the exception of Yvonne Nelson who has been banned by FIPAG.

Talking about the recent movies he shot with Nadia Buari “Under My Pillow “he said the movie is doing very well on the market, but will not like to comment on the reason why some of the producers who use them don't make sales nowadays.