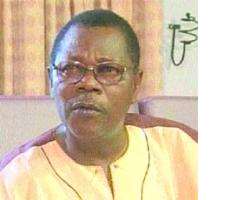 The Edo state born thespian who started drinking and smoking on October 1, 1960 turned his back on the 'twin devils' in February 2008.

Sam we gathered was an apostle of Benson & Hedges and brands of alcoholic beverages (unrefrigerated drinks) until he collapsed one morning while attempting to join a car that will take him to Obosi Anambra state for the burial of Ameachi Muonagor's mother. He was rushed to Enugu University Teaching Hospital, where after bringing him back to life, the doctors advised him against continuing with his smoking and drinking.