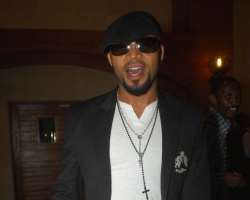 Ramsey Nouah is one of the prominent faces in Nollywood. The actor, who is known as the Nollywood 'loverboy', in this interview with ADUNOLA FASUYI, spoke on many issues within and outside the movie industry. Excerpts:

Ramsey Nouah
Some controversial issues came up about you but you didn't grant interviews, what is your reason for that?
It was for my peace of mind, absolute peace of mind. You speak as if you don't know what you people can do.

So, you are saying the media give you a lot of stress?
Oh yes. They make everybody's life that is in the limelight unbearable. Not just here alone, but everywhere in the world. Think about it that because you an actor or a musician means that you have to live your life like Jesus Christ, you must have no blemish or faults and when you have a fault, people are quick at pointing fingers.

Those people pointing fingers have committed far more sins than you have. I try to make sure that I don't do wrong, but if you did and it gets out, everyone wants to crucify you. We all know that bad news fly round like wild fire. So, basically, I refused to grant interviews for years.

Everything that came out afterwards was just speculations. I have read a couple of write ups within the time I did not grant interviews where I was quoted like 'and he said', 'we asked him and Ramsey replied and said'. And I wonder how and why they did that.

But why don't you talk to clarify issues?
No it can't. It would not. My peace of mind is not necessarily or 100 per cent alright because of the bad news that some press people try to write about us. It's the fact that it keeps me away from the eye of the public. It gives me time to be the family man that I want, the time that I can spend with my kids and my family without issues and hitches here and there. Everybody wants to know what next he is doing or where he is and stuffs like that and I don't enjoy that at all.

Have you always wished to be an actor from childhood?
No. I wanted to be an aeronautic engineer or a pilot, but I guessed God has a way of changing one's destiny. Even at that, I have no regrets being an actor.

Can you tell us about yourself?
I was born in Edo State, Nigeria, to an Israeli father and a Yoruba mother from Owo, Ondo State.

I grew up in Surulere, Lagos and attended Atara Primary School and Community Grammar School in Lagos before heading to the University of Lagos where I had a Diploma in Mass Communication.

I am an actor by profession. Before I gained popularity as a Nollywood actor, I was once a hip-hop artiste with Pat Attah and we starred in the Nigerian soap opera, 'Megafortunes'. You know, I have been tagged "Loverboy" because of my numerous roles in romantic movies.

I am happily married to Emilia and we are blessed with two kids, a boy and a girl. In 2010, I won the African Movie Academy Award for Best Actor, among other awards.

As a child, I had all the basic things any child needed. I can remember those days when other children are constructing their kites with paper, broom and glue it with eba, I had my kite bought for me from abroad, all colourful and different from that of other kids on the block.

My bicycle was different, my toys were not the regular type you see with other kids and just when I was growing to actually understand and feel the real essence of money, it vanished.

I became the normal kid on the street with just his pants on. So, I witnessed the two sides of life and that is why I can blend myself into any kind of character when it comes to acting the role of a rich person or a pauper because I saw it all.

Can you tell us what actually happened, bankruptcy or what?
I'm sure you don't want to know. Let us just save that for another day, please.

Are there some of your childhood memories you would like your children to have?
The good memories of course. It is easier to move from grass to grace than from grace to grass. I don't even pray to experience it. It was not a good experience and I would not like my children to witness that kind of life.

It's just like someone that is used to being treated to fried rice, fried plantain, with different choice meats for dinner or lunch and all of a sudden, you are managing bread with groundnut. It's an experience I would not wish anyone to go through.

Would you rate yourself a rich man or how has the Glo ambassador thing elevated your life?
I am still a Glo ambassador and it has impacted on my life positively a great deal. Honestly, Glo is doing great for personalities in the entertainment industry and it is heart-warming to know that a big company like Glo reckons with us, appreciates us and it's doing so much to improve the lives of actors and actresses in the industry.

Other corporate bodies should emulate what Glo is doing because whether we like it or not, Nollywood is a goldmine that cannot be brushed aside. Of course, yes, I am rich through the heavenly father.
What else do you do outside acting?

So, what is that thing that has kept you going in Nollywood?
I think basically it has been my passion for the arts, especially acting and singing. The passion for what I do has kept me on the scene for this long and I love being in front of the camera and doing those things people and viewers love me for.

It is worthy of note that the industry is growing but still needs some attention as regard the technical aspect and financial investment, so that actors can be paid handsomely.

Your first major role was in a soap, Fortunes, how did you get the role?
It was through audition. I went for the audition in 1991, though I have been going for other auditions since 1990 and I got the role, we shot it and that was how it came about.

Can you still remember your first movie?
Well, there are a couple of movies that I did; three of them never got to see the light of the day until Silent Night. Silent Night was the one that became public and shot me up.

What determines your choice of movie to act in?
I like a situation where I cannot predict a script. I have seen a lot of scripts which are very thrilling such that you are caught unawares by the twist of the script. We lacked that in Nollywood. Nollywood is all about simple drama but it is a good thing because we talk about real life stories, but in Hollywood, every story is almost unrealistic like a fiction.

I have been in several movies, God knows if I can count. It has come to the stage where Nigerians are aware of Nollywood. We have a lot of people, intellectuals who are getting interested in the movies by the day.

Before, it was more like an all-comers affair, those who just watch our movies were like the grassroots people but now, we are cutting across to other classes too.

Those are the kind of minds that actually want to look at the content of what you are doing as an actor. So, it is about time we started making movies where you can actually cut across every segment of the population.

So, the message, casting and contents are very essential in my choice of movie. First of all, it must be deep, tight and be able to impact positively on the people.

Every actor and actress seems to be doing both directing and producing, can this development improve professionalism and do you have that kind of ambition?
Yes, indeed. Sometime soon, I would want to leave the front stage when the applause is still high. I probably will keep acting till I get to the age of Al Pacino, but at the same time, I want a situation where I could leave a good legacy in the extreme line of Nollywood.

I don't want Nollywood to be on the particular tongue of some Nigerians like it is just an ordinary industry without base or quality. I want a situation where Nollywood in the nearest future will become an industry where parents would actually want their kids to be.

I would so strongly like a situation where we can upgrade Nollywood and that has to do with knowledge and financial back-up. I don't see how if one acts, directs and produces will be reducing professionalism and standard in the industry. Whatever one does, one should just maintain the principles of that art and ensure standards are strictly adhered to.

Tell us about some of your most challenging movie roles?
It's yet to come. I have a few but for now, I will say that one of my challenging roles was Dangerous Twins and I like Figurine a lot. However, the very, very challenging ones are in the pipeline.

In your recent movie 'Private Storm', your role was to act as a psychopath, how were you able to bring that character to life?
You need to internalise every character before you play it properly. I have been acting for like 20 years of my life in Nollywood, so I bagged in experience and I love it. I love acting and with time I got to know that I have a passion for acting. So, I tend to like look into the life of certain people that I am going to play their characters. I have come to know that in the world today, you must give room for peculiarity. Things you don't think exist do exist in other part of the world and you have to give room as an artiste to paint such scenario that you want to play out as an actor.