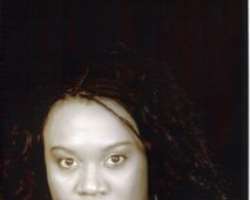 •It is retrogressive — Emeka Ike
•It is not — Stella Damasus
•I support it — Kunle Afolayan
•Those fighting it are myopic — Charles Novia
•If my president is against it, I am also against it — Mega Movies

One quiet storm is brewing in the Nigerian movie industry and if care is not taken the after effect might rock its boat. The gladiator at the center of it all is none other than Emeka Mba, the ex-DSTV man who is now the Director-General of the National Films and Videos Censors Board (NFVCB).

For close to two year now, the helmsman of NFVCB has been touting a supposedly close to perfect marketing framework that would solve the chaotic and largely unorganized existing marketing structure.

One would have thought Nollywood people would celebrate the fact that a solution is now on the way, but all along, it has been series of mixed reactions. CEO of Elonel Merchandise was arrested when his actions were dimmed to have run fowl of NFVCB's policy. Now, it is accusations, finger-pointing and counter accusations galore in the movie industry.

Will the policy work? Will it not? Four practitioners, actors, producers and marketers spoke with us on why the policy is both a curse and a blessing.
We spoke with Stella Damasus, Emeka Ike, Kunle Afolayan and Charles Novia on reasons the marketing framework would work or not.

Stella Damasus
Stella's choice is quite strategic. She was one of those used in the advert by NFVCB to announce the coming on board of the policy. She was more than prepared when we asked her what she felt about the policy. 'You cannot run a successful industry without structure. You cannot run a successful business without facts and figures, it's not possible. Like he rightly said, if anybody comes to the country today and demands some information about the industry, how do we account for that? I've read the minutes of the meeting Emeka Mba had for the past one year. They invited me for the last one they had in London, but I couldn't attend. The Americans wanted to invest about $80 billion because they are literarily shocked at the rate of our growth and development. They were highly shocked at how the world has grabbed Nollywood."

"When we went to Jamaica, they nearly tore my dress. We went to Liberia and they were crying when they saw us. Crowds were lying up at the airport and children, women all left work, they left their schools. It was like a massive carnival. Different groups were shouting. Lots of people even made T-shirts with my name on it. We spent hours on the road to get to the hotel because of the massive crowd. People came out of their houses and stood for us. Some of them were falling down and I don't think Michael Jackson could have been welcomed in such a way. In my amazement, I was told this is only Jamaica, that if it had been another country, the story will not have been describable. It came to a time that their screams and shouting got me crying. I started to cry. It was a lifetime experience that cannot be forgotten."

"So, Americans have done their research and they are wondering how the world accepted Nollywood that much and they want to pump in money. They know they money will pay off faster here than their country. But we have a problem concerning that, and the problem is that there is no structure.
Where do they want to put that money? Where? Which production outfit is standing tall that can handle that budget and tell you this is what we have been able to do in 15 years of being in the business? This is the number of the films we have produced, this is how much we have made, these are the number of marketers we have in the country, these are the number of producers we have and so on? We don't have any record of them. Nobody can come out and produce the first copy of film ever produced in Nollywood, nobody can produce the documentary. We don't have any record. We should try to put everything we do in order to make investors confide in us because they actually want to pump in money.

"The money is there, but who will put his money into something that doesn't have records? When you go outside this country, nobody wants to ask you if you know anybody in the Oil and Gas. The first thing they ask you is something like; do you know Omotola, do you know Genevieve? Because whether you like it or not, it's these that are the faces they use in identifying Nigeria. So, if we say we have a movie industry, why not lay a good structure for it? They are not harassing anybody; all they clamour for is for you to get a license as a stakeholder. That's how it's being done in other places. As a marketer or distributor, when you have your license, nobody disturbs you. And the fee is not too much at all."

Kunle Afolayan
Kunle Afolayan recently became a producer, and he decided to take his destiny into his hands by sending sales representatives out to market his movies, Irapada. Though, he had an office at the almighty Idumota market, Kunle still felt he needed extra marketing edge to sell. 'I think it's the way forward and we should embrace it. Those who shy away from it are actually greedy. Independent film makers will support that course because it's going to protect independent film makers'

Chris Egemsimba (Mega Movies)
Mega Movies, as Chris is popularly known, says he would not support the policy because the president of Association of Movie Marketers and his executives are not supporting the policy. 'If the policy is good, I don't think my president would go against it. But the reason we are against it is because it is not favourable to the union. We want the good of the union. We want our union to move forward; we have seen the future of what Emeka Mba is doing. Those fighting for it are against the success of our president' he says.

Charles Novia
But for Charles Novia, that is the only way to the top. 'I'm 100% in support of the NFVCB new distribution module. Nollywood needs a generic, modern distribution structure, far removed from the amorphous Idumota template which is obsolete in present day film business organogram. The marketers fighting against it have a myopic mindset. Progress-minded stakeholders are in support of this new plan. Opponents should remain in the dark ages.'

Emeka Ike
But for star actor Emeka Ike, the policy is not in the best for the industry because the marketers are groaning. 'The policy is too harsh and detrimental. The board needs to embark on policies that would help the industry. There is need for the board to look at piracy and issues of royalties. They should fight for artistes and marketers alike. I've been saying this a long time. Home Video Industry is about to nose-dive.

That is because Censorship Board gave license to video clubs to rent out films, which is other people's intellectual property. If people have alternative to buying movies for a lesser amount, be sure that is what they will go for. Over 90% of people are renting movies instead of buying. People who should man the board should be those that understand the industry. We should not be comparing our industry with that of Hollywood because our own environment is special to us. Secondly, the board gave DSTV the right to show our movies. People tell you they watch you on TV and there is no better remuneration to the stakeholders.

Now, they are going ahead to register these same people who rent our movies out as marketers and distributors. These policies will strangulate what is already in existence. There is a problem because how will you keep shooting movies when your money is not coming back to you? How will they make their money back? A lot of them have gone broke with this policy.

As at the time of writing this, NFVCB has gone public with names of those that have registered under the new policy and those who have refused to comply are spoiling for war. Who is right? Who is wrong and what is the bone of contention? Watch out for our stand on the issue next week.