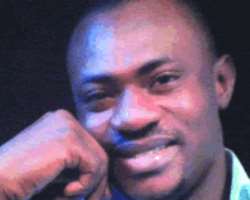 Odunlade Adekola
Who says stars don't sell? If not we won't have the phrase 'star power.' All over the world, it has been established that a movie is worth as much as the star on its cover. For instance, the presence of Will Smith sells movies in Hollywood. Same for Omoni Oboli, Omotola Jalade-Ekeinde and Genevieve Nnaji in Nollywood.

But who are the stars that command the highest returns on investment in Nollywood?

Ramsey Nouah
He is still the golden boy of Nollywood. Since he made the decision to jettison the all-comers Asaba and Enugu movies, his profile has risen.

The scarcity pushed up his value and the clincher for him was appearing in Figurine, the record-setting movie by Kunle Afolayan. Ramsey' presence pushed up sales and the movie went on to rake in over N27 million.

Kunle Afolayan
Sometimes it is difficult to place Kunle Afolayan into the tribal genre in Nollywood. He acts mostly in Yoruba movies and has over time fiddled with a couple of English flicks.

But one thing industry watchers agree on is that 'Kunle's face makes money.' if in doubt, check out the returns from Irapada and Figurine. His careful selection of movies to appear in makes the end-user trust him and buys any movie that has his face.

Ogogo
There is no Yoruba actor that currently sells as much as Taiwo Hassan, the hunk popularly known as Ogogo.

He has presence and theatrical connection with fans. Little wonder he is the highest paid Yoruba actor.

Omoni Oboli
A major stakeholder in the cinema industry in Nigeria once described Omoni as the most bankable star in Nollywood, to our surprise. He backed his argument with the fact that she has appeared in two blockbuster movies, Figurine and Anchor Baby, and that if we added the revenue from the two, no other female actress in Nollywood came close on individual strength. The stakeholder might be right or wrong but it is indisputable that movie lovers have come to identify her with a strict code of appearing only in quality movies.

Since turning the monster hit movie, Jenifa, into a household name, Funke has been on an ascendancy of sorts. Every movie her face appears in sells like hot cake and marketers of Yoruba and English movies are showering her with the egg-like attention and money to be part of their next production.

Saidi Balogun
Saidi has the opportunity to be the bridge between the English and Yoruba genre (this is one potential he has not played to its fullness) and he put that to test in Eti Keta, the movie he produced and starred alongside Kate Henshaw.

The movie drew a crowd and long before now almost all of Saidi's movies have been blockbusters.

Omotola Jalade-Ekeinde
There are very few actresses in her class. With a very large following on Facebook and very strong online presence, Omotola can pull a major market coup for any investor.

Ije and Private Storm are a testimony to the fact that the face of the mother of four sells…and very hot too.

Mercy's face alone on a jacket will sell a movie and that explains why marketers and producers queue and rearrange schedule to accommodate her in a movie.

Emeka Ike
Emeka is the kind of brand you cannot beat your chest and boast that you fully understand.

But he has a huge fan base that any of his movies commands a sizeable share in the market. He knows this and once rode on that to become the highest paid actor long before the mess Nollywood market became. Emeka still sells though.

Jim Iyke
Nollywood's bad boy has his own crowd and wherever he goes the crowd moves with him.

Jim has his own way, which is paving way for him in the market place.

Genevieve
Genny is unarguably one of the two biggest movie exports from Africa.

She acts well and connects with fans online like no other star does. With a fiercely loyal and large fan base, Genevieve can attract the attention of your bank manager if she appears on your movie poster.

Kate Henshaw
'Ageless Kate' is what some people call her, and with over a decade in Nollywood and still counting, she has established herself as an actress of note.

Long before her debut on cinema via Eti Keta, which did considerably well, Kate has been selling movies, and selling them well. Stronger Than Pain and many other movies are testimonies of her market value.

Ini Edo
She has that innocence of a child and almost always on-point.

Ini is one of those raking in millions for movie producers.

Uche Jombo
'If Uche is in it, the movie will be good,' was once the conclusion of a movie-loving editor.

Uche's tenacity for almost perfect script seems to be working in her favour as fans now identify her with few but quality movies.

Murphy Afolabi
The best way to market traditional movie to the modern market is to put Murphy Afolabi in it, and it is better if he is the producer. Murphy knows how to evoke horror and suspense. He seems to have found his place in the traditional Yoruba movie.

Nkem Owoh
He is a master of comedy. Osuofia In London has long established that. But many know Owoh is such a talent that he can deliver any role thrust at him.

His careful selection of roles has also ensured he appears only in quality movies. He is perhaps the biggest money-raking machine in the English genre.

Toyin Aimaku
With street mannerism and acting talent that have carved a niche for her, Toyin Aimaku has cult-like following that makes her movies sell.

Her major selling point is that she always delivers.

Odunlade Adekola
He appeared on the scene when Yoruba movie fans were apparently bored and he brought in something refreshingly new coupled with his raw talent.

Odun's spot-on delivery on roles paved the way for him among the Yoruba genre fans until he began appearing in all Tom, Dick and Harry's movies. Regardless, Odun still sells.

Aki and Paw Paw
The 'two musketeers' have written their names in gold as far as comedy is concerned.

Their faces sell as their brand is popular among women and children, the segment that constitute a major percentage of the movie market.

Rita Dominic
Long before many realized the Asaba market dynasty is doing the industry more harm than good, Rita had quietly stepped aside to work on her brand.

Today, Rita has the USP of being only in good movies and that is what movie lovers want more than anything else.

Van Vicker
Despite being a Ghanaian, Van has succeeded in becoming a major star in Nollywood.

Van has a large fan base to send jitters down the spine of other competitors.