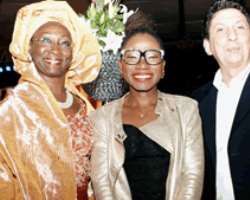 PHOTO: THE SUN PUBLISHING
More Stories on This Section
Royal Philips Electronics of the Netherlands, a diversified health and well-being company, has announced the eight finalists selected for the Philips Livable Cities Award, a global initiative designed to generate practical, achievable ideas for improving the health and well-being of city-dwellers worldwide.

The winners to be revealed on April 27, will be awarded three grants totaling â‚¬125,000. The overall winner will be presented the sum of â‚¬75,000 while the two additional winners will receive grants of â‚¬25,000 each.

Philips is inviting members of the public to assist the Philips Livable Cities Award judging panel in selecting the overall winner by voting for their favourite finalist at the website. Voting is open till March 24, 2011.

The submission that receives the most public votes will be counted as having one additional nomination in the judging process, to sit alongside the nominations of the supervisory panel. The members of the public by casting a vote for their favourite entry stand the chance to win a place at the Award ceremony scheduled to hold in Amsterdam.

'The Philips Livable Cities Award judging panel had a difficult task selecting the finalists from more than 450 ideas submitted from 29 countries around the world, given the high quality of entries received,' commented Richard Florida, Professor, Author and Chair of the Philips Livable Cities Award expert panel. 'Having conducted a rigorous review, the panel is excited by the breadth of thinking displayed by the final eight which demonstrated the innovation necessary to help ensure the future livability and prosperity of our cities.'

The eight finalists represent a truly global picture of the issues faced by city-dwellers across the world, from a proposed street park project in Argentina to a rainwater aggregation scheme in Yemen. With three out of the eight shortlisted entries, Africa is well represented amongst the Livable City Award finalists. The Neighborhood Network Scheme in Abeokuta, Nigeria, plans to gather together a range of welfare services to enable elderly citizens to live more independently. The Health Education Initiative for the Deaf from Embu, Kenya, hopes to educate and improve the lives of deaf children across the city. And the Shade Stand project from Kampala, Uganda, is designed to provide shelter for those who need it most, whilst educating the public on issues of public health.

'Philips is proud to be associated with the passion, imagination and vision people across the world have demonstrated in submitting entries for the Philips Livable Cities Award.' said Katy Hartley, Director of the Philips Center for Health & Well-being and member of the Philips Livable Cities Award judging panel. 'The Award aims to encourage practical and implementable initiatives that can help solve urban issues such as the need for safe streets, access to healthcare or healthy urban lifestyles.'

The Philips Livable Cities Award is a global initiative designed to encourage people to develop practical, achievable ideas for improving the health and well-being of people in cities - ideas which can be translated into reality.

The Award was open to individuals, community groups, NGOs and businesses.

More than 450 ideas from 29 countries were entered into the competition.

Entries are grouped into three categories. Well-being Outdoors, Independent Living and Healthy Lifestyle at Work and Home. According to the company, the main goal of these three initiatives is explore how best to improve health and well-being in our cities.

While Well-being Outdoors initiatives will help make citizens feel safe and secure in public spaces, or create city identity and foster a sense of belonging; the Independent Living Initiatives will help ensure that the growing number of elderly people living alone feel secure and comfortable in a city, and enableppropriate access to healthcare.