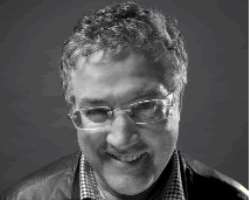 • Rose
The organisers of Cannes Lions International Festival of Creativity have announced the final two jury presidents for this year's event that will take place in June. Maria Luisa Francoli Plaza, Global Chief Executive Officer of MPG since 2006, has been appointed Media Lions Jury President.

MPG, which was founded in Spain in 1978, is celebrating its 33rd year of leading new thinking in marketing communications. MPG is the biggest network within Havas Media with over 4,000 people in 100 offices worldwide. Piaza joined MPG in 1993 to head the newly-created Corporate Development Department responsible for the geographical and business diversification of the company. In 1997, she was chosen to start the digital arm of the group, which led to the creation of Media Contacts – today, a leading global interactive media network.

'Having served as judge in two previous Cannes Lions competitions, I am truly honoured to chair this year's Media Lions Jury. Cannes is the pulse of the media industry and I believe that seeing fresh, ground-breaking work from around the world pushes everyone forward while at the same time paving the way for the future of our industry. I'm looking forward to working hard, debating, collaborating and, most importantly, having fun with the rest of this year's talented jury,' said Maria Luisa Francoli Plaza of her appointment.

The Film Craft category, launched in 2010 to award Lions to films based on the quality of the direction, copywriting, cinematography or editing as well as the skilful use of music, sound design or animation, will this year be chaired by Keith Rose, Director and Founding Partner of Velocity Films in South Africa.

An award winner at every major show, including several Gold Lions, Keith was selected by shots as one of their '100 Top Creative Minds of All Time' and accredited by Campaign magazine to be among the top five directors globally. He pushes for the essence of the idea, and uniquely seems to know in advance if it will work visually.

Commenting on his role, Rose remarked, 'Was it done in camera? Was it done in post? Who knows? Craft and techniques have developed to such an extent that it is impossible to decode unless there's a 'making of' to view. One thing I am certain of…, if the technique used doesn't compliment or enhance the concept, it amounts to nothing. Technique for techniques sake is futile. A weak story glossed over by a fancy execution is still a weak story. I very much look forward to judging this year's Film Craft Lions category at Cannes.'

'It's a real pleasure to welcome Maria Luisa and Keith to Cannes this year. Admired by their peers and greatly skilled in their professions, I have no doubt that they will both effortlessly and successfully step up to their roles in Cannes and guide their juries to uphold excellence in the work being judged,' comments Terry Savage, Cannes Lions Chairman.