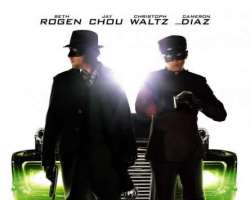 The selected few which had the privilege of becoming the first set of Nigerians to watch a 3D movie in a Nigerian cinema were made up of major stakeholders in the movie and cinema industry that includes Omoni Oboli, Chelsea Eze, Charles Novia, Kene Mparu, Kingsley Ogoro.

This first by Genesis Cinemas has put it in the ranks of other international cinemas where 3D screening is one of the cinema options.

3-D films were prominently featured in the 1950s in American cinema, it later experienced a worldwide acceptance in the 1980s and '90s. 3-D films became more and more successful throughout the 2000s, culminating in the unprecedented success of 3-D presentations of Avatar in December 2009 and January 2010. 3-D films are not limited to feature film theatrical releases; television broadcasts and direct-to-video films have also incorporated similar methods, primarily for marketing purposes.

With the introduction of 3-D screening to Nigerian cinemas by Genesis Deluxe, cinema goers will be having a wow time as they can now watch movies with a deeper perception.