CONFESSIONS OF A WITCH: WE HELPED DAGRIN SUCCEED. 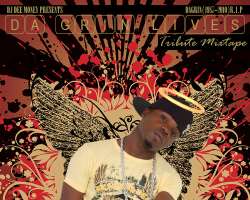 There have been Rumors all over the place about the late rapper Dagrin's involvement in some Fetish activities and so on spreading rapidly all over the Industry as soon as Dagrin died, These Rumors have been shut down by every reasonable stake holder in the Industry and has been peddled as Ridiculous and we totally agree But How then can a recent Youtube Confession by a Witch be Explained???

A Woman, had allegedly confessed to initiating Dagrin in a cult and made him blow up, She said members of the Cult includes Obasanjo and Babaginda and that they had to kill Dagrin cos he didnt fulfill his own end of the bargain