My greatest career challenge is to impress my father —Uche Benjamin 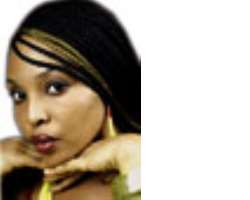 Briefly tell us about yourself.

I'm Uche Benjamin from Imo State, Owerri town, precisely. I grew up in Owerri and Port Harcourt and that was because my father was a civil servant and so I was traveling from one state to the other. I just came to Lagos a few months ago.

What brought you to Lagos?

I'm an actress, though I've just started my career. I came to Lagos to build my career. So far, I've featured in just one home video; it is called Moving Rose. I was on the music video of Sammie Okposo which is yet to be released, alongside Patrick Doyle. I'm on the set of Treasure, a soap opera. I'm on my toes really to see that I take my career to a level that my parents can be proud of me. I also have a movie to shoot sometime next week at the Obudu Ranch Resort. I will be playing the lead role.

What informed your decision to go into acting, or was it what you studied in school?

Actually, I studied Biochemistry in school but I've always loved acting. When I was a lot younger and now that I'm out school, I've decided to give it my all. Sometimes, I still wonder why I didn't study Theatre Arts in school instead of the science course I did, even when I knew acting is what comes to me naturally, it's my God-given talent. I guess it was part of the child in me to study what people considered superior professions like Law, Accountancy, Banking and so on. But now I know that the only reason you should do anything is because its give you satisfaction. And really, acting is what gives me satisfaction.

Did you have any particular role model in the industry who was your major influence?

Liz Benson used to be my greatest influence when I was growing up. I like her because she is beautiful and she is also a good actress but recently I have other role models in the industry. Ini Edo is one of them, she is a good actress. These role models I watch their movies a lot. I know I've got talent also in me and I believe I will make a name too for myself just like them.

If you don't fly in the movie industry, will you go back and practise what you studied in school?

Acting is part of me and I don't see myself not doing well or being a flash in the pan. I chose it because it is what I see myself doing and succeeding. Acting is part of me and there is nothing like if I don't succeed. I will definitely fly as far as Nollywood is concerned. I don't have any plans of doing anything with what I studied in school, at least not for now.

What do you think of the movie industry in Nigeria?

The movie industry is challenging and there is no room for mediocrity. You cannot make a name in this industry just by being a fine face, you've to be good at what you are doing, that's my perception of the industry right now. It is survival of the fittest, you just have to be the best at what you are doing because everyday more and more talented people are coming into it and trying to find a footing for themselves. It is a good development and I believe with hard work I will also be noticed. In another area, the industry is improving in terms of script writing, quality of movies and so on.

For an up and coming actress like you it is not unusual that you get harassed occasionally by producers; what is your experience like?

I will not lie to you, harassments, yes! Happens everyday, but my view about it is different. Producers are men, and they get attracted to females but it is up to us as up and coming actresses not to get desperate to get roles. I believe if you are desperate, harassment wouldn't be a problem. And when you are vehement on your response they respect you for it and will eventually consider you for a role, if you have the talent.

I have a very strict father but my mother is so sweet, in fact she never raised her hand on me. She is the sweetest mother in the world and she is very supportive of what I'm doing right now. Growing up, I used to think my father was a difficult person, but now I know he was just trying to bring us up in the best way. And I think it is working for me now. I had my secondary school in Abuja; I actually went to a science school. My university, I went to University of Port Harcourt. Like I said I studied Biochemistry and about to go for my NYSC. I come from a family of five, four girls and a boy. I'm the first child.

Do you have the support of your father in what you are doing now?

Funny enough I have his support but it didn't quite come easy. My greatest challenge now, is to impress my father because I don't see myself doing anything else than acting.

Who are your major influences in life?

I love Angelina Julie; she is one of my major influences in life. Apart from the fact that she is one of America's stars I also love her attitude to life. I watched her on television sometime when she became an ambassador of the United Nations and that is something I really want to do in life: to help the less privileged. I've always prayed to God to give me the opportunity, I mean money, to reach out to less privileged children. I feel their pains and I want to be able to affect their lives. So Angelina, being an actress, has helped to reawaken this consciousness in me. This charity part of her has really touched me. I also love Oprah Winfrey; she cares a lot about people.

Some come to the movie industry for the glamour because they feel they are beautiful, what is your view?

For me, yes, I'm beautiful but I didn't come into the industry just because I feel I'm beautiful; no! Acting was what I sat down and thought about and decided I was going for. Yes! I didn't but acting is a talent and if you've not got it, you've not got it, even if you studied it as a course. Although I attended an acting school, I did that because I needed to help myself, build myself and learn the basics of acting. It has helped. When I was in secondary school I used to love Physics and Biology a lot, that was why I went for a science course. But honestly, I prefer acting. I love it, it is part of me.

What beauty treatment to you use as a lady?

I love my skin a lot. I use mild lotion on my skin because it is very sensitive to harsh creams. When I wake up in the morning I try as mush as possible to use a cleanser; afterward I apply my makeup normally. At night before I go to bed, I make sure I wash my face. I read in a book that it is good to use Vaseline or baby oil on the eye lid, lips and the elbows, so sometimes I do that too before going to sleep.

So, are you fashion conscious?

Oh my God, I love clothes. I also love costumes. I was known for that even while I was in school. I just can't do without them. I don't use blings at all, they are not my way. I like perfumes, I just can't do without them, sometimes when I'm going out and I forget to put one in my bag, no matter how far I might have gone, I will go back home to pick one. I love perfumes a lot; I feel it brings out the best in me. It describes me.

What does fashion mean to you?

Fashion to me is to be real and not artificial. As a woman you need to look good always but in trying to look good we shouldn't appear to look too artificial. I love flashy things but I try as much as possible not to look too flashy. Moreover I'm light in complexion and so if I don't keep it simple I end up drawing undue attention to myself.

Who influenced your fashion sense?

Tyra Banks; she is a lady of style. She has greatly influenced my fashion sense. I also love Beyonce.

Considering that there are a lot of talents in Nollywood, how far do you see yourself going?

The Nollywood stars you are seeing today started just like me, so with that I'm confident that with hard work I will rise in my career. And again I'm a very patient person and humble too, so I try to listen and learn. I don't like to appear like I know, so that I can learn from others. Some people in the industry have helped me a lot to learn about the terrain in a very short while and I'm grateful to them. I will not like to mention names because they might not like it.

So with that, you think that you will make a difference?

I believe I will make a difference. My business when I wake up in the morning is to stand in front of the mirror and play different characters. Whenever I get into a character, even my friends are amazed and when they are tired of watching me, they just leave me all alone in the room. I love the practice; it makes me confident whenever I go out for a role.

If not acting what else will you do?

I love fashion. I'm a fashion freak. If not acting, I see myself opening a boutique. But like I said nothing is going to take me away from acting.

What's your philosophy about life?

My philosophy about life is love your neighbour as you love yourself. I believe if everyone will love their neighbour like themselves, this world will be a better place. For instance, we are the way we are in Nigeria because everyone is after themselves; people don't give a damn about the other person. I'm a very emotional person, and I'm looking forward to a time when those in high positions in Nigeria will care about the citizens.

I love going through magazines; sometimes I just like to go watch movies. I love movies a lot. I can be an indoor person if I see good movies to watch. I love my family, seeing them makes me happy. Now that I'm in Lagos, traveling to see them is one of my best moments. The reason is they are my best friends. I don't keep female friends because girls are terrible. I've had some awful experiences with them, so I don't keep them around me. I have more of males as friends; they advise me and bring out the best in me.

If you have an opportunity to change anything about yourself, what would you change?

Some actresses bare too much of the upper body. What is your view on this?

What unpleasant memories do you have of growing up?

My mother is a very sweet woman. She never used the cane on me, not for once. But my father was strict and I wished I had another dad. But now, I'm more mature and I appreciate him for disciplining me the way he did.