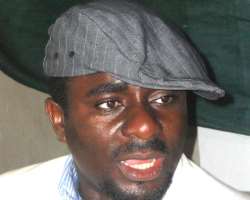 The leadership tussle currently rocking the Actors Guild of Nigeria (AGN), will be decided by a Federal High Court sitting in Falomo, Ikoyi, Lagos tomorrow morning.

On 28 January 2011, Emeka Ike, a popular actor and factional president of AGN, through his counsel, Malcolm Omirhobo had filed a suit against his colleague, Segun Arinze and five other members of the guild's Board of Trustees (BOT), praying that the court should declare the election allegedly conducted by the other faction of AGN on 7, January, 2011 null and void.

He also prayed the court to compel the BOT to appear and explain why disciplinary action should not be taken against them for conducting the election when there is a pending court ruling that status quo be maintained.

On Wednesday last week, the case was presided over by Justice Mohammed Idris, who threatened that if Arinze and the BOT members in question are eventually found guilty of breaching the court order, he will not hesitate to send them to jail.

At the moment, there is tension in Nollywood concerning the fate of their National President and BOT members after the hearing tomorrow, though the defendants have denied involvement in the election in question.

The election was actually conducted by filmmaker, Theodore Anyanji, and according to the BOT Chairman, Prince Ifeanyi Dike, “none of us was aware of the election. If you know anybody that was at the election, you may ask them if any of us was there. Besides, it is the Lagos State chapter's election, so it has nothing to do with the national body headed by Segun Arinze.”

Counsel to Segun Arinze, Barrister Ezenwa, also said that “Segun never conducted any election and we have documents to prove that. It was a mere allegation from Emeka's lawyer. We have complied with the court order that no election should be conducted pending the hearing of the case in court, so it is not true that Segun conducted an election.”

Meanwhile, NollywoodReel gathered that Emeka has also filed a fresh case against Arinze, claiming that the latter should disclose the whereabouts of the guild's generating set, which he (Emeka) claimed is missing. The application is likely to be addressed after tomorrow's hearing.

The crisis in AGN started some years ago during the tenure of Ejike Asiegbu, the former National President of the guild.

After the expiration of his tenure, Ejike Asiegbu refused to vacate the seat or conduct a fresh election, so the BOT headed by Prince Ifeanyi Dike hearkened to the yearning of AGN members, suspended Ejike and appointed veteran actor, Kanayo. O. Kanayo as the Interim President of the guild.

When Ejike realised that KOK was planning to organise an election, he quickly went to Port Harcourt and conducted an election that saw Segun Arinze emerge as President. KOK also went ahead with a parallel election through which Emeka Ike became factional President.

However, the drama took a new twist when Segun Arinze surrendered his mandate to the BOT, saying that he wanted peace to reign. Consequent upon this, the guild decided to form a government of national unity headed by Arinze. But Emeka Ike, KOK and some other members did not support of the decision.