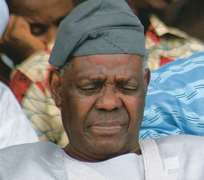 The list that came last week with the names of candidates for the forthcoming political elections should be the final lists of flag bearers that will contest on behalf of the political parties registered by INEC. It should be so not because we like or dislike any of the candidates on the list but simply because electoral regulations (according to section 31 (3) of the Electoral Act, 2010) clearly states that the list needs to be published within seven days of the receipt of the now famous form CF001. For the few engaged participants and the very many affected citizens, the list should finally tell us who is still fighting as a candidate and who is out for now.

Lest we forget, waiting for such list is not normal. In normal democratic systems and countries, politicians and indeed their supporters do not need to wait for days to see a final list from their electoral regulators to know who has won or lost primary elections. They know who their candidate is going to be just a few hours after the primary elections and those who care to wait around get to know the results right where they voted. The results they get are also the final ones and in most cases, these results tend to match expectations that emerge from polls and popular views.

The accepted idea that unpopular politicians can and readily elbow out popular aspirants or that even after primary elections, some politicians can still hope and scheme to get their names on their party list is a clear indication that intrigues, violence and manipulations carry far too much weight in than votes our systems. Such democratic imbalance is dangerously to the detriment of a qualitative selection of those that will eventually rule and it works against the good governance the country desperately needs. The mere fact that politicians and their followers have to wait for a final list from INEC’s headquarters to know their fate and decide their next moves is another clear indication that a lot is not well with the Nigerian political system.

To understand their next moves, given that no mainstream political party can honestly boast of a complete and sound internal democracy, I got in touch with those who had access to and practical understanding of our political system. My most articulate contact was a Lagos born Prince who is also a Security and Development expert. Conversations with him led me to conclude that Nigerians politicians, after the primaries, are faced with three options: Exit, Voice and Loyalty.

Many of those who feel betrayed, cheated or muscled out of their tickets are very likely to leave their party i.e take the exit option. Elsewhere, it is difficult to see politicians easily change parties not because the law prohibits it but because those politicians are normally bounded to their parties by values and ideologies. In a system where the unifying element is all but ideological and the bond is equivalent rather than covalent politicians are more likely to easily migrate from one party to the other. The parties that receive them should not be blamed for doing so but leaders of their former parties should be evaluated also in terms of what damage decampees can do with their departure, just like a coach that allows a player to go only for that player to make his new team win the league.

The second possible option is to stay in the party and voice your concern. This tends to be the attitude of big players who will eventually make history as reformers. They stay in the party because they see themselves as stakeholders not just fans, followers or boys of the leader rather they think with the right strategy they can correct the leaders or one day challenge and vote him out. They are motivated by ideas and principles and they tend to be self reliant or at least not dependent on just the leader for resources.

Save for some exceptions here and there, the recently concluded primaries have been far from transparent and democratic, to get the much needed good governance, Nigerians need to pay more attention into internal democracy, till we get that right, our politicians have to exit, voice or remain loyal. We the voters too have our choices to make.