PROJECTIONS FOR ECONOMIES, BY WORLD BANK 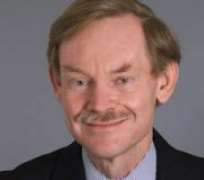 Since politics and economy are two indispensable events in the life of a nation, the fact that in 2011, at least, a third of sub-Saharan African countries are having their elections, has raised some apprehensions among analysts. BUKKY OLAJIDE writes that despite the fact that some countries experienced smooth transition, some political developments could lead to economic retrogression of economy during electioneering period, if necessary measures are not taken, especially from the outlook of the World Bank.

DESPITE the fact that the Gross Domestic Product (GDP) in sub-Saharan African expanded by about 4.7 per cent in 2010, from about 1.7 per cent in 2009, the downside risk to the growth came from a faltering strategy in the global economic recovery.

Most countries have depleted the fiscal space they had created during the pre-crisis period, observed the World Bank in its report on recent developments in sub-Saharan Africa, and have not had time to rebuild it.

As a result, few of these countries would be able to conduct the kind of counter-cyclical policies that helped limit disruption during the past crisis should there be an early faltering of the recovery process.

Now, the World Bank expresses doubt whether those sub-Saharan African countries (at least a third of them) that have their elections scheduled for this year will not have consequences that will impact negativity on their economies.

According to the report, though the past decade has seen an increase in the smooth transition of power in many countries in the region, there still remain a number of instances where the political developments leading to the elections and in its aftermath have been a deterrent to economic activity.

In 2010 for instance, growth prospects in Madagascar, Comoros Cote d'Ivoire and Guinea were severely dented by political unrest.

What is happening in Cote d'Ivoire is a good evidence of World Bank's anxiety over countries who are in their electioneering year.

Meanwhile, for medium term outlook, sub-Saharan Africa is projected to grow at 5.3 per cent and 5.5 per cent in 2011 and 2012 respectively; according to the World Bank report.

Excluding South Africa, growth is projected at 6.4 per cent and 6.2 per cent for 2011 and 2012 respectively, making it one of the fastest growing developing regions.

Nigeria is expected to have its GDP expanding to 7.1 per cent in 2011 before modering in 2012 to 6.2 per cent closer to its medium term trend growth rate.

The World Bank expects that the non-oil sector should be a major driver of growth, benefiting from new offshore developments and an improved security situation in the Niger Delta area.

The highest financial institution also expects that the scaling-up of government spending on infrastructure will also reinforce growth prospects.

'However, the upcoming elections may lead investors to hold off investments until a peaceful transition is in place,' said World Bank.

While a resilient demand environment supported growth during 2009, the recovery in 2011 was bolstered by the external sector, through stronger export volumes, rising commodity prices, higher foreign direct investment and a recovery in tourism.

After falling sharply, regional export volumes rebounded during the second half of 2009 and into the first half of 2010, peaking in March 2010 at 13.6 per cent above pre-crisis volumes.

Export volumes rebounded most strongly for metal and mineral exporters (up 34.7 per cent, 18.2 per cent for oil exports and only 5.8 per cent for agricultural commodity exporters.

Partly as a result, growth in 2010 was strongest among mineral and metals exporters (6.5 per cent), somewhat less strong among oil exporters (5.9 per cent), and a weaker but nevertheless robust 5.7 per cent among agricultural exporters.

Notwithstanding the rebounding in volumes, the value of regional exports remains 26 per cent below its August 2008 levels, because as they are yet to regain the extraordinary high levels of 2008.

However, this mainly reflects weaker oil prices, as metals and mineral prices have recovered much of the declines endured during the crisis. As a result, while oil exporters revenues are off 40 per cent, agricultural exporters were at their August 2008 level, and metal and mineral exporters were 4.8 per cent above that benchmark.

Foreign earnings were also boosted by South Africa's hosting of the FIFA World Cup. Partly as a result, sub-Saharan Africa, the only region to have experienced an increase in tourist arrivals in 2009, sustained that growth trajectory with a 16 per cent increase in international arrivals during the first half of 2010 (UN World Tourism Organisation, 2010). Tourism revenues were also up in major tourist destinations in the region (Cape Verde, Kenya Mauritius, Seychelles, and Tanzania.)

Foreign direct investment is the most important source of private capital flows to sub-Saharan Africa. After declining by 12.3 per cent in 2009, FDI recovered by 6 per cent to $32 billion in 2010 Indeed, foreign direct investment to the region has risen in six of the past eight years, reflecting increased investment interest in the region (UNCTAD estimates that the rate of return of FDI in Africa is the highest globally.)

The bulk of this investment (40 per cent) went to the three largest economies: South Africa, Angola and Nigeria. Nonetheless, over 50 per cent of FDI goes to the smaller countries in the region, in marked contrast with portfolio flows, 90 per cent of which go to the region's largest economies. Supported by the rise in metal and energy prices in recent years, most of these flows went to the extractive industries sector.

However, although most of the dollar value of FDI goes to the extractive sector, the manufacturing sector accounted for 41 per cent of the total number of greenfield investment projects during 2003-2009, including, for example, metals (9 per cent of the total), transport equipment (7 per cent) and food and beverage (6 per cent) (UNCTAD, 2009).

Besides manufacturing, the services sector is also another larger recipient, particularly telecommunications, transportation and banking services. In June 2010, for instance, Bharti Airtel, an Indian company, completed the acquisition of Zain' mobile operations in Africa for $10.7 billion, one of the largest acquisitions in 2010.

In 2010, South Africa was the only sub-Saharan African country to issue new foreign denominated bonds ($4.7 billion) in international capital markets, though a number of countries, including Nigeria, are preparing to issue international bonds and many recently issued bonds (e.g those of Ghana and Gabon) continued to be actively traded in secondary markets.

Economic ties between sub-Saharan Africa and Asia have been strengthening in recent years, and as a result, a number of African countries have benefited from access to loans from Asian countries.

Though overall totals are not available, some notable deals include; a September 2010 framework agreement between the Government of Ghana and the Chinese Development Bank and Chinese Exim Bank amounting to over $13 billion; a loan between the Democratic Republic of Congo of up to $6 billion with China in 2010.

The majority of these loans were towards the financing of infrastructure-related projects such as roads, railways, power plants and economic zones. The Forum on Chinese and Africa Co-operation reports that since 2000 Chinese companies have built 60,000km of road and 3.5 million kW in generating capacity of power plants in sub-Saharan Africa.

By the end of October portfolio flows to South Africa, the most liquid market in the region had more than doubled to $6 billion. They have supported a recovery in share prices and with it underpinned household consumption due to the increased wealth effect.

The inflows have also accounted for the appreciation of the rand (8 per cent against the dollar between January and December 2010, and 30 per cent real effective appreciation since January 2009).