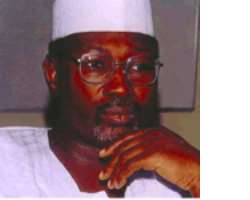 The ongoing wobbling registration of voters across the nation may have thrown the Independent National Electoral commission (INEC) into a legal dilemma as the commission considers possible extension of time for the exercise to enable all eligible voters to register. It was gathered yesterday that the commission was considering a restricted extension that would not cover the entire country, but selected areas where it had been discovered that majority of the voters could not register due to proven technical hitches.

Daily Sun gathered at the INEC headquarters that the commission's legal department had gone into a brain storming session to see if there was a window of opportunity for an extension without disrupting the timetable or running foul of the Electoral Act.

By the revised timetable released by the INEC last November 23, based on the anticipated fresh amendment to the Act, the current voters registration, drawn on the basis of the provision of Section 9 of the Act, is expected to terminate on January 29. While the display of the voters' register for claims and objections had been fixed for between February 3 and 8, 2011, section 9 (5) of the Act mandated the INEC to stop registration of voters not later than 60 days to the elections.

It, therefore, means that should there be an extension of the registration period as hinted by the INEC Chairman, Professor Attahiru Jega, when he appeared before the House of Representatives Committee on INEC, the Act would have to be amended again.

Only last December, the Commission got second amendment to the Electoral Act to enable it adjust its time lines and shift the polls from initial Januray 2011 date it set to April.

Sources revealed to Daily Sun that the INEC leadership had met in view of the overwhelming evidence of its poor performance in the registration exercise but is yet to take a final decision on what next to do.

Abuja-based lawyer and human right activist, Kayode Ajulo, told Daily Sun that any extension of the period of the voters' registration in the light of the section 9 (5) of the Electoral Act was tantamount to INEC running foul of the enabling law.

He lamented that going by his findings, more than 70 per cent of eligible voters nationwide would be disenfranchised at the expiration of the exercise on January 29 because less than 30 per cent would have be covered at the end of the day going by the sluggish nature of the process.

Osogbo
A community leader and chieftain of the Peoples Democratic Party (PDP) in Osun State, Alhaji Rafiu Salawu has accused Governor Rauf Aregbesola of inciting the people of the state against the opposition parties.

Besides, the state executive council of the PDP has also alleged intimidation and harassment of its members in the ongoing voters' registration exercise.

Salawu, who spoke to newsmen in Iwo, headquarters of Iwo Local Government Area of the state, yesterday, stated that the utterances of Governor Aregbesola in recent times were capable of inciting the natives of the state against the PDP.

Last week, Governor Aregbesola had called on the natives of the state and his party, Action Congress of Nigeria (ACN) not to allow unqualified persons to register as voters in the state.

But reacting to the statement, Salawu queried what determines the qualification of  a person to register as a voter.

'The statement is inciting. We are aware that the ACN is inciting their members to cause trouble in the local government areas. But we are holding meetings to ensure that our members abided by the law and the regulations of INEC,' he stated.

Salawu called for the extension of voters' registration exercise to redress the hiccups so far witnessed during the first week of the exercise.

In the same vein, the state chapter of the PDP has raised the alarm over alleged intimidation and harassment of its members at the registration centres across the state.

Acting chairman of the party in the state, Mr. Ojo Williams, accused members of the ACN in Osun State of planning 'to abort the ongoing registration exercise and again disenfranchise voters by denying them the opportunity to register.'

FCT
Minister of Labour and Productivity, Chief Emeka Wogu, has commended the Independent National Electoral Commission (INEC), for rising to the occasion to address some of the challenges experienced at the commencement of the voters' registration.

The Minister made the remark shortly after registering at his home constituency polling unit in Ward 6 Ohazu II, Aba South Local Government Area of Abia State over the weekend.

Accompanied by the Chairman of the People's Democratic Party in Ward II, Aba South, Mr. Chibuzor Nwom, Mr. Uzo Azubike, member, Abia State House of Assembly, and Mr. Emeka Nwaogu, Commissioner for Urban Renewal, among others, the minister said the process of registration had been greatly improved upon by INEC, which was good news for all eligible voters.

'This exercise, despite the hiccups at the beginning, has improved. You can see that it took barely two minutes for me to be registered. This is a great development in the registration process. I commend INEC for their effort at making this exercise a success as they work assiduously towards ensuring that all eligible voters are registered,' Chief Wogu affirmed.

While commenting on the commitment of INEC to conduct a free and fair election, Chief Wogu, credited the massive turn out of eligible voters for registration to the faith they had in President Goodluck Jonathan and the leadership of INEC to conduct an undisputable election.

'People have come out here to register en masse because they have the assurances of Mr. President that every vote would count (one man one vote),' he posited.

Soliciting for support for the Goodluck/Sambo presidential ambition, the minister called on all Abia State natives to allow the good work to continue by casting their votes for President Goodluck Jonathan in the April polls.

'I am here to call on every indigene of Abia South, and the 17 local government areas of Abia State to come out en masse to register and cast their votes in favour of President Goodluck Jonathan, a candidate who is set to execute lots of people-oriented reforms. We need to mobilise our votes and vote for him,' Wogu stated.

The PDP flag bearer for Aba Federal Constituency, Mr. Uzor Azubike, corroborated the statement of the minister by confirming that the registration process had greatly improved but regretted the days los, calling on INEC to make up for lost days even if it would not extend the exercise.

'I want to say that I am highly impressed with the progress made so far in this registration exercise, INEC is beginning to deliver in Aba in particular with the collaboration of everybody, the process is now moving, the workers are more efficient and the machines more responsive. Nevertheless, it is on record that we lost the first three days and we expect that at the end of this exercise even if the duration will not be extended, INEC should make up for the lost days. Our people are willing and eager to register and vote; it will be unfair to disenfranchise them for any reason.'

Showing his appreciation for the minister for finding time to come to his home town to register and sensitise the people on the need to register and vote during the forthcoming election, Mr. Azubike, pledged the people's unalloyed support to President Goodluck Jonathan.

'I want to appreciate the minister for finding time to come down to set this example by registering right here on the soil that produced him and plead with all Abians to consolidate on what delegates did at the PDP presidential primaries, where we wholesomely voted for President Goodluck Jonathan as well as extend that solidarity to Governor T.A Orji,'  Mr. Azubike advocated..