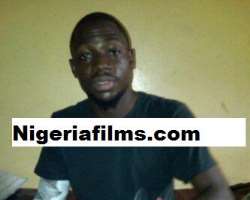 Although details are still scanty, We were being informed that one of Nigeria's gifted producers J Sleek was involved in an auto crash in the cause of the week, leaving him with a broken arm.

'Just confirmed the incident now from a friend who picked his call. It's an auto related accident. He had a broken arm', a close friend of the producer tells us.

J Sleek is still being treated at an undisclosed hospital as at press time.

J Sleek is a Nigerian music producer best known for songs he has produced for 2face Idibia ('Enter the place', 'Implication') , Sound Sultan and Cartiair.