Maureen Solomon back to acting. 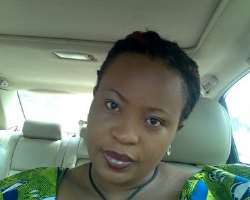 The pretty actress who quit acting a few years back is back on the scene. The mother of three has featured in five movies which are yet to be released since returning to Nollywood.

“I went off the scene because I got married and couldn't cope anymore, especially when the kids started coming, but I'm back now for good” the actress told reporters