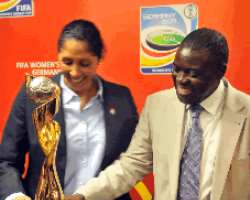 The intrigue that is trailing the Imo FA elections took a new twist Wednesday as the State Security Service (SSS) waded into the exercise. The SSS' intervention came after one of the chairmanship aspirants, Dr Ken Ikpe, opted out of the race over what he called insincererity on the part of those running the show.

While Ikpe protested, the chairman of the electoral committee, Chief Chimdi Ejiogu, defended the process, insisting that his committee is not working in favour of any body. Daily Sunsports investigations revealed that Imo football stakeholders led by veteran football administrator, Uche Ejimofor, were invited to the state headquarters of SSS to present their case and give reasons why they are kicking against the polls billed for this weekend.

According to our source, the SSS would, after its investigations, advise the state government on whether to stop the election or allow it to go ahead.

One of the chairmanship aspirants, Dr Ken Ikpe, in a statement made available to Daily Sunsports said he pulled out of the race, following his discovery that the incumbent leadership of the state FA has failed to provide a level playing field.

'I cant go into a contest where there is no level playing field and sincererity of purpose. I wanted to come in and change the face of Imo football in line with Governor Ikedi Ohakim's New Face of Imo agenda, but that appears a mission impossible for now,' he said.

The electoral committee's boss, Ejiogu, howeverm, dismissed Ikpe's claim, declaring that there is no way his committee can manipulate the process in favour of anybody. 'The electoral guidelines are clear. I am conducting the elections in line with football rules and I don't see how I can favour any body. More over, my credibility is at stake. I just can't compromise that,' he said.