Galadima To Replace Adamu At FIFA if Appeal Fails 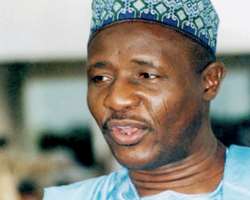 The Confederation of African Football (CAF) today said Galadima could replace Adamu in the FIFA Executive Committee if Adamu fails to lift the three-year suspension imposed on him by FIFA following his involvement in the cash-for-vote scandal in the World Cup bidding process.

Recall that Adamu and Reynald Temarii of Tahiti who got a 12 months suspension were sanctioned in the cash-for vote scandal. Temarii was last weekend replaced by David Chung of Papau New Guinea as Oceania Football Federation President at their Confederation’s congress last Saturday.

Galadima, who has made himself available as candidate for the position will be eligible to contest for Adamu’s seat which is open for election on February 23, 2010 at CAF’s congress in Khartoum, Sudan.