Why I want my marriage dissolved– Star actress, Stephaine Okereke 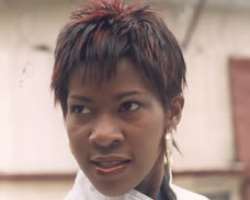 Screen goddess, Stephanie Okereke, has cited infidelity and treachery, among other vices as the reason she is seeking the dissolution of her four-year marriage to former Super Eagles player, Chikelue Iloenyosi.

The Nollywood star got married to the ex- Super Eagles player in Lagos on August 31, 2004, but according to her, even at the time of their wedding, Iloenyosi was already married to one Ijeoma Mba in the United States without her knowledge.

Okereke packed out of her matrimonial home on January 14, 2007 after she was reportedly confronted by her husband's first wife and other women with whom he was allegedly having illicit affairs.

In the petition, the actress says said she was fed up living with lies, even as she claimed she was deceived into the marriage.

“As at the August 31, 2004 when the marriage sought to be nullified was entered into, the respondent was in a subsisting marriage with the said Ijeoma Mba.”

Besides seeking for a court order terminating the marriage, Okereke is also praying the court to award a sum of N100 million damages in her favour against Iloenyosi for the trauma he allegedly subjected her to.

However, the husband, in his response, put a lie to the claim that the marriage was void in law as at the time it was contracted on August 31, 2004. He said he was already a bonafide divorcee, having quit his wedlock with the said Mba two years earlier before his marriage to Okereke.

The respondent claims: “The respondent denies that the marriage entered into with the petitioner as at August 31 2004 is void in law abinitio as stated in the opening paragraph of the petition and states that he was a divorcee as at the time the present marriage was contracted.”

Specifically, the petitioner claimed that while they were married, she bore the financial burden of sustaining the family as the man could not offer any meaningful contribution but depended on her earnings from acting and other businesses.

“Since the petitioner's life was in danger due to the respondent's violence, the petitioner left the matrimonial home on January 14, 2007 for the safety of her life.”

In his response, the former soccer star countered that there was no time his first wife or any other woman ever confronted the petitioner, especially as he never set eyes on Mba since 2002 after the dissolution of their marriage in the US.

He accused Okereke of hiring thugs to invade their home and cart away his property to counter the allegation that he fraudulently obtained huge sums of money from his wife.

Part of the money alleged to have been fraudulently obtained by the husband was a sum of N4.3 million allegedly meant for the purchase of land for his brother-in-law. However, Iloenyosi insisted that the money belonged to him, claiming it was repayment of debt owed him by one Jimmy.

The husband, however, appears to still have a place for the beautiful actress in his heart. He has asked the court to dismiss the petition and hold that the marriage being sought to be dissolved was validly contracted.