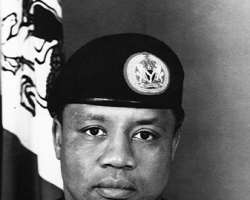 What many political observers have described as a mere substitution of the former vice-President Atiku Abubakar for President Goodluck Jonathan, was called the Peoples Democratic Party's (PDP) presidential primaries on Thursday, 13th January 2011, by the conservatives in the PDP, who would prefer to toe the road of their ancestors than repent of the “carry-go” mentality they nurse like a baby, which has eluded Nigeria since the twelve years of consistent democracy in the country. As the presidential primaries played, General Ibrahim Badamasi Babangida, popularly referred to as IBB, was one man that I kept on thinking about, even though that he didn't contest.


When the Mallam Adamu Ciroma-led Northern Political Leaders Forum, NPLF, opted for Atiku, as its consensus candidate, by dropping the likes of Bukola Saraki, Kwara State Governor; General Aliyu Gusau, former national security adviser; and the ex-Military President, IBB, their dropping was graced with mixed reactions. A lot of people bemoaned that their debasement for Atiku (which was not at all a bad choice) was the best thing that could happen to the North in the 2011 presidential polls. Others said that Atiku was a credible candidate more than the rest dropped by the political group. Many democrats, irrespective of geo-political divides added their voices that the choice for a “consensus candidate” was undemocratic, as a result, all the candidates were supposed to be allowed to lock their horns in the contest, without any substitution for any person for the other.


While that played, many Nigerians thought that IBB would not accept the NPLF's choice in good fate. But he did! He handled the whole issue while they played out with a full blown sense of maturity, without any iota of gra-gra. Against many aspersions casted against him both in the media and the people's parliament because of his political influence in the country, IBB still whittled down for the NPLF's choice. This is what I regard as an inbuilt democrat's attitude.


His alleged involvement in the Abuja twin bomb blasts on the Independence Day celebration was one such matter that IBB handled without any wits-end. He was steadfast and talked more with his head than he did with his mouth. This shows how mature IBB is. Little wonder Nigerians gave him the sobriquet, “Evil Genius”. While he maintained a mature sense in the politics of bomb blasts, a dastardly act that claimed many lives, the likes of former-President Olusegun Obasanjo would have exhibited their expertise in loquaciousness if they were dragged into the politics of bomb blasts, or be laughing while Nigerians burn.


IBB maintained every mature sagacity after the consensus choice was made and when Ciroma said that the PDP may split if President Jonathan wins the forthcoming primaries of the party for the 2011 elections based on the party's zoning formula during the administration of ex-president Olusegun Obasanjo - 1999-2007. Ciroma who has been in the front for the shift of power to the North in 2011 said this during an interview with reporters in Abuja. He said that any agreement should be sacrosanct. Ciroma disagreed with an argument that the South-South region has never produced Nigerian president, but reiterated that the argument does not affect the zoning and rotation policy.


Even when Nigerians were reacting to the statement by Ciroma, IBB was mature and never made any comment that could endanger the aim and objectives of the Ciromas – to wrestle power back to the North – whereas he believed in one Nigeria. I can remember vividly that IBB was so mature to utter any comment even when Nigerians argue that, the anti-Jonathan elements will leave the PDP for the real progressives. The speculation that by this, the PDP would not need to play a "do-or-die" politics to win future elections was betrayed, as we can see today in the Jonathan's PDP. I see the PDP playing the worst of “do-or-die” politics than anybody could imagine that was experienced in the Obasanjo time following what we have read in the newspapers that Jonathan deed prior to the convention in making sure that he won the primaries. This is power-drunk, which no Nigerian living today could say that IBB is. If IBB could forfeit contesting the election for the consensus 'brother' Atiku to contest and probably win, but was outplayed in the game by the many discordant politicians in the PDP, then IBB is without doubt truly a democrat. What IBB could not do, even when he was a military president of our great country now sitting among the toddlers of the comity of nations was what our PhD president Jonathan has done to remain in power?


One, was that Jonathan's desperation for power lured him to decline so low by 'shaking' hands with whomever that he saw (on the streets of Abuja?) even in the wee hours of the PDP primaries for the desperation to be voted, which in my own rating, he was supposed to be arrested by his doctors and be examined of a possible mental derailment. Two, delegates were 'imprisoned' till they were brought to the Eagle Square for the convention, so that they would not talk to anybody or be talked to. Three, Jonathan promised the governors that he would whittle down Obasanjo's perceived influence around him if he emerges president in the April elections. This promise was chronicled that Jonathan made, in his desperation for power, when the governors were apprehensive of Obasanjo's influence on him. Four, Jonathan was said to have agreed with the decisions of the governors to shift the national chairman of the PDP aside, Okwesilieze Nwodo for them to 'overhaul' the party (to their liking) in the event that Jonathan wins. Five, Jonathan and his men are of the view that anybody in a relationship with the opposition should be hounded. This they expressed on Nwodo because of Nwodo's mutual relationship with Atiku. Six, Jonathan agreed in toeing the line of any democratic or undemocratic features of the governors, but promised that it has to be done 'systematically'. Seven, frustrated Jonathan, was reportedly threw his PhD knowledge to the winds and announced that the governors would be given automatic return tickets.

The above explain where Nigeria is heading to if Nigerians do not encourage a change in Jonathan's frustrated mind brewing ill ideas of recycling the old order, which many of us social democrats thought was buried alongside Obasanjo's third term agenda. IBB couldn't have done those things mentioned of Jonathan. These are just the ones journalists saw around Jonathan, what about those they look to see around Jonathan but could not see? How I wish Jonathan was this desperate as he is for power on the Freedom of Information bill, it would have been passed a long time. But maybe, as journalists are not governors, he churlish their supreme quest which has been in the National House since 2006.


While it is imperative to ask questions of who killed these journalists, which didn't killings didn't take place during IBB's headship of Nigerian government, it was sad that by 12th July 2010, news of kidnappers abducting journalists in Nigeria at Umuafouka junction in Obingwa Local Government Council of Abia State, while returning from the Nigeria Union of Journalists' (NUJ) three-day National Executive Council meeting in Uyo, Akwa Ibom state, filtered into the air. I think it was IBB's same maturity in politics that has not allowed him dragged anybody to the court in respect of the alleged killing of Giwa. Those that had rallied round the court against him in respect to the alleged murder, didn't come out with any meaningful result, but rather, they continued spreading malicious rumour from the evil rumour mills that IBB killed Dele Giwa, thereby deceiving posterity to hate this man just for no sin of his, and they are garnering disciples. This was the same way the primordial Roman Catholic faithful instigated our mentality to curse our ancestors in the church for the praise of their ancestors. Against that backdrop, we began to see anything of our ancestors as evil.


From IBB's maturity in handling the consensus candidate matter, Nigerians should be advised to forget about any practice that is not leading the citizens to having a better society. We should be fading-up with certain age-long mantras. Nigerians should stop dying for religion or North, South, West or East. How many people have died for Nigeria? IBB was a candidate that was never allowed to emerge because of our poisoned mentality that he killed Dele Giwa and never wanted democracy when he was in the Army. Nigerians forgot that anyone trained on his first love would not give up easily to the beliefs of the profession unless given the reason to do so. And I think, proves have been shown to IBB why he should be a democrat and he has embraced democracy over a decade today but those who call themselves democrats are still rebelling against him for nothing on the surface to show for their rebellious acts.


While I don't see the zoning in the PDP to have come to solve a particular problem and that Nigerians should not see it as a standard, I know that IBB could not be behind some people that was initially clamouring that they would exit PDP should Jonathan emerge at the party's primaries. IBB's political maturity shows that Nigerians should next time allow all those interested in the ticket of any election test their might and popularity. IBB's maturity has shown that those who claim to be very good swimmers their buttocks have shown above water level. Again, the Ciroma and co may have had a point to argue but it was sad that we didn't hear the voice of the NPLF till Atiku suffered the presidential primaries alone. IBB showed an appropriate manner! NPLF threatened people, but IBB didn't. Ciroma didn't know or he forgot that the capacity for threat does not belong to any zone alone. I am of the opinion that it would not be the peak of democracy as Jonathan has won the party's primaries. I know that IBB doesn't belief in the saying that a ruling party is not always rejected; rather many will want to be part of it. Whether the Ciroma's group approach to the PDP presidential ticket palaver wore a religious garb or not, IBB wears emulative maturity political garb.