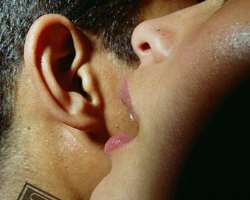 Ummi Ibrahim Zee-Zee is hotter than high food prices. Food prices are the new black in Kano and places all over the country. Unless you are Ummi Zee-Zee and you are loaded, then you don't care. Ummi put on her tight, rocker black leather skirt and skin tight blouse and filled up her shopping basket with lots and lots of assorted cosmetics and provisions over the weekend at the new Sahad Store Zoo road. Not even trying to look classic, she still succeeded. That's amazing. That's a marriage material, for everyone if I may say including Ishaq Sidi Ishaq.

Saima Muhd's fake life presses on. Look, Saima Muhd is cool, but this is getting ridiculous. I think she has worn her own image out. Pretty impressive when you think about it, how many hausa film actress wear out being seen everywhere? The only solution for Saima Muhd to save herself now is, well of course, billboard. I mean, unless she starts showing her face on billboard, I can't see anyone continuing to support her. And that's a very good advice for Saima. I am that loser guy that makes other loser fellows feel like they have a shot. Hey, business is business…call me Saima.

Zahiyya Suleiman takes girlfriend to shopping. First the rumor was that Zahiyya Suleiman and Biyayya (in case you all forget, Biyayya is the girl that featured in Adam A. Zango popular music album; the same one that sent him to jail) made out on ABH quarters. Now Zahiyya was spotted with Biyayya in a shopping mall. Can anyone say GIRLFRIENDS? But hey, lets take what we can get. Zahiyya looks great. Hand holding is a really nice touch.

To Nollywood: ex- actress Rita Nzelu is a mother now, the actress was a household name until she found love and relocated to london in 2004, since then nothing movie-wise has been heard from her and tatafos are whispering to me why this actress has been oh-so-silent. The reason is none other than Rita now has three children and is so busy juggling motherhood that there is time for nothing else. Let me not forget to congratulate her as I know that the task of being a mother is not easy. When and if she is through with the task she has at hand and decides to return to nollywood,we will gladly welcome her back even if she has put on so much weight that she can compete with the likes of Dolly Unachukwu. Afterall there's a script for every kind of bodyshape in nollywood!