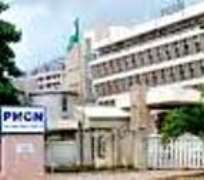 The accumulated amount was as a result of the supply of refined fuels to the NNPC by the marketers. As at July, the NNPC owed them $4.9 billion or N735 billion.

Despite efforts and intervention by the federal government to assist the cash-strapped corporation to settle the marketers, the debt profile at the moment remains at $3,343,952,869.53.

Local and foreign importers get quarterly fuel importation contracts from the NNPC through its subsidiary, the Pipelines and Products Marketing Company (PPMC), and payment is supposed to be made 45 days after the notice of readiness for vessel to discharge at Lagos offshore is received.

Documents shown to Daily Trust indicated that in September, President Goodluck Jonathan waded into the NNPC's debt crisis and approved a $2.5 billion loan to NNPC in order to reduce its debts. NNPC had promised to add $600 million to the borrowed amount in order to pay off the debts, but it did not do so.

The marketers also complained that the Corporation has recently engaged in selective payment to some marketers which are not on the queue for payment.

When contacted for his comments, NNPC's spokesman Dr. Levi Ajuonuma said the corporation is not willing to speak on the issue.

For most of this year, NNPC was mired in debt issues variously with the Federation Account Allocation Committee (FAAC) and assorted fuel marketers. Daily Trust learnt that the debt crisis between the NNPC and its marketers is raising dust and is capable of causing instability in the downstream oil sector in the near future.

Recently, NNPC's three refineries were shut down due to attacks by vandals on the pipelines that connect them to the crude oil wells, thereby making the country to rely totally on imported fuels.   NNPC is the major supplier of refined fuels into the country, supplying over 60 percent of the nation's requirements.

Earlier this former, the former Minister of State for Finance Remi Babalola said the corporation was bankrupt, but NNPC's management and the Federal Executive Council countered that, saying its accounts were in the black.