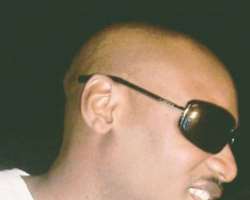 It was exclusively gathered that the Benue State-born artiste recently accepted the paternity of an unborn child from Bimbo, a 24-year old lady, who lives with her parents on 206 Road, FESTAC Town, Lagos.

A family source told us that the lady is about four months pregnant and the protruding belly is now noticeable.

Tuface, according to the source, has been visiting the girl's residence but kept it a top secret to avoid public attention.

We also learnt that Tuface and the lady met a few months ago when the artiste visited Vivi Studio, an upscale music recording outfit on 206 Road, FESTAC Town.

Our source added that since Tuface and Bimbo got acquainted, they had been seeing each other secretly until the lady got pregnant and insisted on keeping it.

We had reported onece that by June, Tuface's children would have been five.

The report almost came when one of his lovers, Pero Adeniyi, was reportedly delivered of a set of twins in Barbados, South America, brining the total of his children outside wedlock to four. Pero gave birth to Rosemary, Tuface's first child.

His long-time 'African Queen,' Annie Macaulay, reportedly lost her six-month-old pregnancy to an attack by suspected armed robbers last week in Lagos. Before then, she had reportedly received serious threats on phone by unknown persons.

Sunmbo, the mother of Tuface's first male child, Nino, is also very heavy now and would be expecting her baby any time from now.

Tuface had earlier disclosed to family members that he is expecting a second male child from her.

When contacted on phone to confirm Bimbo's pregnancy, Tuface's manager, Joyce Ize Iyamu, declined to speak on the issue.

She said her duty is to assist his career as a manager and not to dabble into his love and family life.