THERE IS NEED TO HAVE MARITIME BANK â€“ IRAFOR 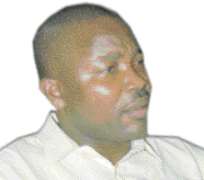 Irafor
Managing Director, Luxem Energy and Logistics Ltd, Mr. Jonathan Irafor has appealed to the federal government to ensure that the Cabotage Law is well implemented.

In a chat with Daily Sun, he explained that in spite of the various challenges against the implementation of the programme, if well managed it would enhance indigenous involvement in the development of local content in the maritime sector.

'The cabotage law will encourage local players to have access to the acquisition of ships and this will help us to have better impact in the economy.'

He also noted that there is need for government to bring up a policy that will favour indigenous shipping firms and give out loans that will take time before it is repaid. Adding that, some banks are already doing that but there is a need to put a structure in place to give out financial support to indigenous ship owners. This would create more employment, acquisition of fleets and reduce capital flights.

Introduction
What actually motivated me was when we saw some 10 years ago, foreigners dominating our waterways. And as an experienced maritime manager, I find it quite painful to see our country losing so much money in that sphere and even with rising unemployment. We saw it then as if we develop very well we can create employment opportunities because foreigners come in with their crews. Meanwhile, we have experienced hands on ground in the country that have nothing to do. That was one of the factors that motivated me.

We are into marine transportation, working for the development of the upstream sector of the economy. The company has been in existence for the past 10 years and we have been part of government solution in arresting unemployment. We are a local content plying company and one of the few companies agitating and strongly believing in government in the instituting local content regulation.

With this regulation, Nigerian would be strongly involved in the administration of both downstream and upstream sector. If one looks at the country today, there are several foreigners playing in the sector and having so much control in the economy than the locals. This is giving us so much concern.

The disadvantage is more than the advantage. Of course, we experience capital flight and Nigeria loses over $300 billion annually to foreign maritime players and this is not really good for us. And that is why, the president of indigenous shipping line has really been promoting the idea of government empowering local players in the acquisition of ships for the movement of wet and dry cargos. We are pulling more strength in that area to see how the government's regulation can be practically working in Nigeria.

PBI
This is another policy in the National Assembly and it is going to help us to remove government's hands off the likes of Nigerian National Petroleum Corporation (NNPC) from some other oil and gas businesses.

The Petroleum Industry Bill (PIB) is a bill that would enhance the NNPC in a way that it would become a profit and loss organisation, where it would generate its income and expends its money. It would also help to encourage competition in the local content phase. It would also help government to have access to hydro carbon tax. Before now, government collects tax on profit, which is not supposed to be but with the PBI, big companies running on a private driven ground would pay tax to the government.

Therefore, government would be earning more money than expending more money on NNPC. Recently, it was reported that NNPC was owing its suppliers $6 billion and we know that some other departments of government is also owing NNPC. It has become a growing concern.

The essence of the PIB is to remove government hands from NNPC and structured it like the private sector so that it would be generating income, expending income, declaring profits and also paying tax to the government.

Cabotage law
It is still a law meant to enhance indigenous involvement in the development of local content in the maritime sector. The cabotage law when fully implemented would encourage local players to have access to the acquisition of ships and this will help us to have better impact in the economy. It will also help to tighten security because when we are fully involved in our waterways, there are certain areas that foreign ships are not supposed to go to. When we have several foreigners going everywhere in our waterways, it creates a kind of porosity in the security system of the country. Though, we have the Nigerian Navy doing their jobs but that notwithstanding, if we have local players fully involved in this, we can have some of our areas guarded from intruders.

Sea Pirates
All over the world, there are sea pirates but we thank God for the former president, late Musa Yar'Adua and the incumbent president, Goodluck Jonathan in making sure that they put up a strategy for amnesty that militants accepted but working tirelessly to make the amnesty programme become a reality and because of that there have been calm on the Nigerian coastal water and water ways.

Many ship owners are now sleeping with their two eyes closed because of the success of the amnesty programme and government has really made it a policy and seriously working towards it. The incumbent president is from that region and he is putting his wisdom and all his expertise to beer and at the long run, it will be a calm place.

Challenges
The challenge militating against local shipping firms is government support .Most of these foreign ships have access to long term loans outside the country. They benefit from loans as long as 15 to 20 years. We need to have such loan from a maritime bank and we heard that a bank is being set up in the country and it is yet to come up.

We need the bank to develop local content and empower our people to acquire ships and this would help to increase shippers impact in the down stream and upstream sector. There is need for government to bring up a policy that will favour indigenous shipping firms and give out responsible loans that will take some time to recoup.

Some banks are already doing that but we need a structure that is fully in place to give out financial support to indigenous ship owners. This would create more employment, acquisition of fleets and reduce capital flights.