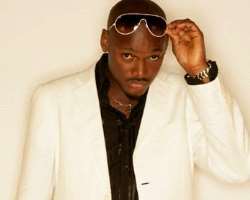 According to a source who spoke with us, Pero was delivered of the bundle of joy in far away Barbados,Caribbean Island.

It should be recalled that Pero also had a daughter some years back for the musician.
Pero is the daughter of Chief Jide Adeniyi, a multi millionaire businessman. He owns Poatson Group of Companies. On his part, Tuface is regarded as one of the most successful musicians that has ever come out of Nigeria.He is also one of the highest earners in Nigeria's fast growing entertainment industry.

Annie Macaulay, another girlfriend of Tuface Idibia is heavily pregnant at the moment.Are we expecting another twins for Tuface?

We are working round the clock for more information.As soon as we get it, you will be the first to know!