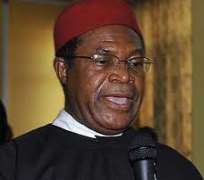 Huhuonline.com understands that the primaries of the People's Democratic Party may be heading for shaky grounds, as some top northern politicians and members of the party have resolved to stop the party's primaries through a court action.

The politicians drawn from different states making up the northern Nigeria have unanimously agreed to act under the umbrella of the Northern Patriots, a group which has been charged with the mandate of dragging the PDP to court to stop the primaries.

The calculation of those behind this new move is that if the court favors zoning going by the PDP constitution, the President Jonathan Good luck would have lost out automatically and the north would produce the party's candidate for the 2011 election.

It would be recalled that the NEA and the Northern Political Leaders Forum (NPLF headed by Alhaji Adamu Ciroma, a former finance minister and head of the 2007 PDP campaign train, brokered the consensus candidate arrangement.

The presidency, however, is said to be working round the clock to ensure that INEC timetable is not altered as a result of manipulations in the PDP.

On Thursday night the PDP rose from its National Executive Committee meeting, adjusting and fixing the party's primaries for January 2010.

The unabridged text of the resolution reached at the People Democratic Party`s 55th NEC meeting, reads:

The 55th meeting of the National Executive Committee (NEC) of our great Party the Peoples Democratic Party (PDP) held yesterday here at the National Secretariat of our great Party. The meeting was well attended by leaders of the Party at various levels, including the President, Dr. Goodluck Ebele Jonathan, the Vice President, the Senate President, State Governors, Members of the Board of Trustees and other Statutory Members of NEC.

2.NEC deliberated on guidelines for our primaries following the release of the electoral time table by the Independent National Electoral Commission (INEC).

3.After exhaustive deliberations, NEC approved the following time table for the conduct of PDP primaries.

ii.Publication of Notices of Special/National Convention and purchase and return of    Expression of Interest/Nomination forms By Aspirants to Elective offices     Dec 16, 2010

A. STATE ASSEMBLY PRIMARIES
i.Screening of State Assembly Aspirants shall hold at all state Capitals on December 21st and December 22nd. Screening Appeals shall be heard on December 23rd.

iii.Electoral Appeals for State Assembly Congresses shall be heard on the 4th of January.

B.NATIONAL ASSEMBLY PRIMARIES
i.Screening for both Senate and House of Representatives Aspirants shall hold on the 29th and 30th December, 2010.

ii.Screening Appeals shall be heard on the 31st of December, 2010.

iii.Special Congresses for the election of both Senate and House of Representatives Candidates shall hold at Federal Constituency headquarters and Senatorial District headquarters on the 5th of January 2011.

iv.Electoral Appeals for National Assembly primaries shall take place on the 7th of January 2011.

C.GUBERNATORIAL PRIMARIES
i.Screening of all gubernatorial aspirants shall hold at state PDP Secretariats nationwide on the 21st and 22nd December 2010.

ii.Screening Appeals shall be on the 23rd of December 2010.

iii.Special Congresses and runoffs (if any) to elect gubernatorial candidates shall hold in all eligible states on the 9th of January 2011.

D.PRESIDENTIAL PRIMARIES
i.Screening of Presidential Aspirants shall hold here in Abuja on the 11th of January 2010.

ii.Screening Appeals (if any) shall follow on the 12th of January 2011.

iii. A Special National Convention to elect a Presidential flag bearer for the Peoples Democratic Party shall hold here in Abuja on the 13th of January 2011.

iv. All National delegates shall vote here in Abuja to elect the PDP Presidential candidates.

v.The names of all successful candidates shall be submitted to INEC on the 15th of January 2011.

4.Meanwhile, the guidelines for the Congresses, Primaries and National Convention for the election of delegates and nomination of Party flag bearers remain valid as approved earlier by the National Executive Committee at its 53rd meeting held on the 15th of September here at the National Secretariat.

5.Gentlemen of the press, the PDP timetable was arrived at after painstaking consultations with all stakeholders within the Party.

6.We therefore solicit the cooperation of all Party members, and indeed all Nigerians, including you gentlemen of the press to achieve a peaceful, democratic and all inclusive nomination exercise.

7.On behalf of the Peoples Democratic Party, I thank you all for coming.