ILLEGAL MUSIC DOWNLOADS ARE ‘ON THE RISE’ 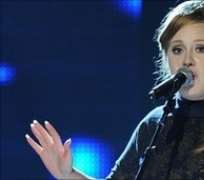 Illegal downloading in the UK is growing, with around 7.7 million people choosing not to legitimately buy their music online, according to new figures.

A report suggests that more than 1.2bn tracks were illegally downloaded this year, costing the retail industry £219m.

The report has claimed that more than three quarters of music downloaded in the UK is illegally obtained, with no payment to the musicians, songwriters or music companies producing it.

Saving pocket money
This is despite a digital music market in the UK which is served by 67 legal downloading services.

It added that there is still no effective deterrent against illegal downloading and new legislation is “urgently needed”.

“It is a parasite that threatens to deprive a generation of talented young people of their chance to make a career in music, and is holding back investment in the burgeoning digital entertainment sector,” Mr Taylor said.

He called for swift action be taken to help “Britain to achieve its potential in the global digital market”.

Mark Mulligan, an analyst in the online distribution of music, said: “The music industry has been fighting hard against piracy for over a decade, but they haven't managed to stem the flow.

“The reason for that is because technology moves much more quickly than counter measures.”

He added that there is now a generation that believes music is available to download for free on the internet and have never experienced the concept of “saving their pocket money to buy a record which is why file sharing is never going to go away”.

Earlier this year the BPI reported that music sales in the UK had grown for the first time in six years.

They are expected to reach 160 millions sales this year, an increase of more than 10 million in 2009.

This year also saw I Gotta Feeling by Black Eyed Peas become the first single to sell more than one million digital copies.