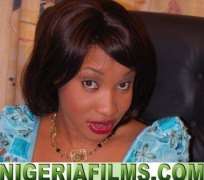 We don't know the genesis of this matter but anyone can tell that all is not well between beautiful and young fast-rising actress, Tonto Dike and movie and one-time music video producer, Charles Novia.

Charles Novia has been around Nigeria's entertainment industry for a long time. Tonto on the other hand came into the scene in 2009, three years after she competed in popular talent hunt- Next Movie Star. She emerged first runner up.

Tonto is currently embroiled in controversy over a sexually explicit role she played in her most recent movie- Dirty Secrets. Whatever issues she has with movie producer Charles Novia, that has warranted such statements on Twitter, including calling herself a bitch, this emerging screen siren may need to slow down and have a rethink. This is still Africa, and elders are to be respected, regardless